Video: A Difference In Leadership: Can War with Russia Still Be Averted? 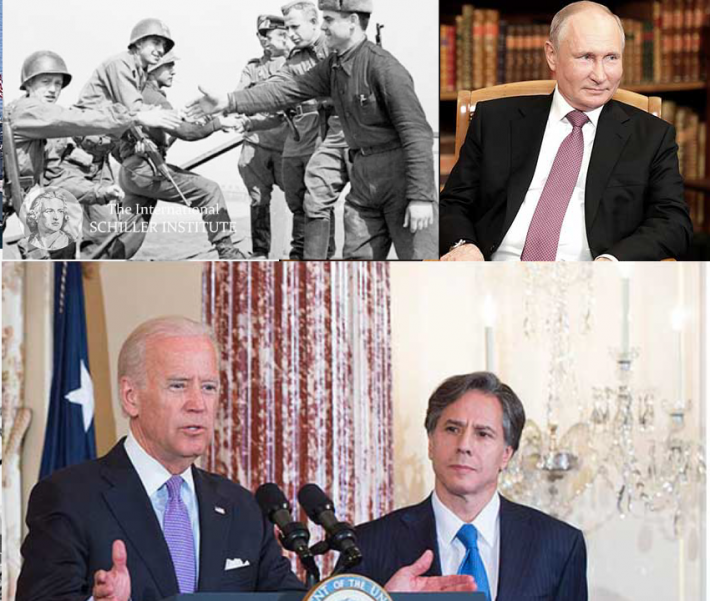 Video: A Difference In Leadership: Can War with Russia Still Be Averted?

“The war danger is greater than ever, and we are on the verge of World War III,” Helga Zepp-LaRouche warned today. “We are now down to the wire and things will have to break one way or the other in the days ahead.” Although there is a growing chorus of voices calling for sanity in the U.S. and Europe, the control of U.S. policy by the insane British and their American war party confederates has not been broken. Furthermore, Zepp-LaRouche stated, the descent into war is being driven by the systemic breakdown of the trans-Atlantic financial system, which is now going out of control, as Lyndon LaRouche repeatedly explained.

There is a second dynamic underway in the world, which is the emerging realignment of nations of all continents around China and Russia, and the Belt and Road Initiative as an alternative to the policy of Malthusian depopulation being promoted by the dying trans-Atlantic system. If the United States remains hostile to this policy alternative, and continues to defend the City of London and Wall Street’s bankrupt system, then the world will in all likelihood careen toward thermonuclear war in the short term. If the U.S. joins with the Belt and Road, as Lyndon LaRouche advocated from the outset, then the prospects for peace and development are excellent.