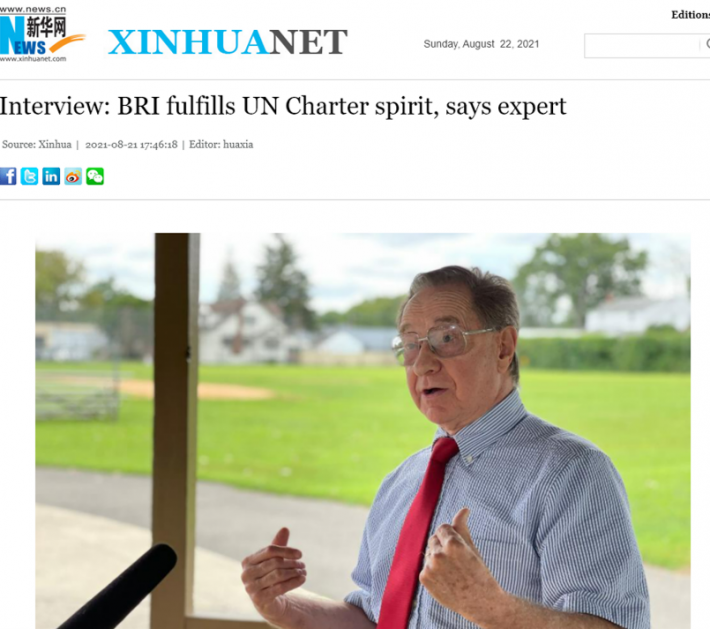 August 22, 2021by Mary Jane Freeman in Activity of the Schiller Institute, General updates, Media coverage of our activity

On October 25, 1971, the People’s Republic of China was recognized by the UN General Assembly as “the only legitimate representative of China to the United Nations,” and the UN vote removed the representatives of Taiwan from the United Nations. In commemoration of the 50th anniversary of the PRC’s role at the UN, Xinhua conducted a video interview with Schiller Institute representative at the UN, Richard A. Black. He discusses the economic development policies of the Charter, and the power of China’s BRI both as a fulfillment of the UN Charter, and as a global driver for peace and stability. The 4-minute interview is out on Xinhua‘s Twitter feed and can be viewed here. The written article is available here.