Seminar Invitation: So, Are You Finally Willing to Learn Economics? 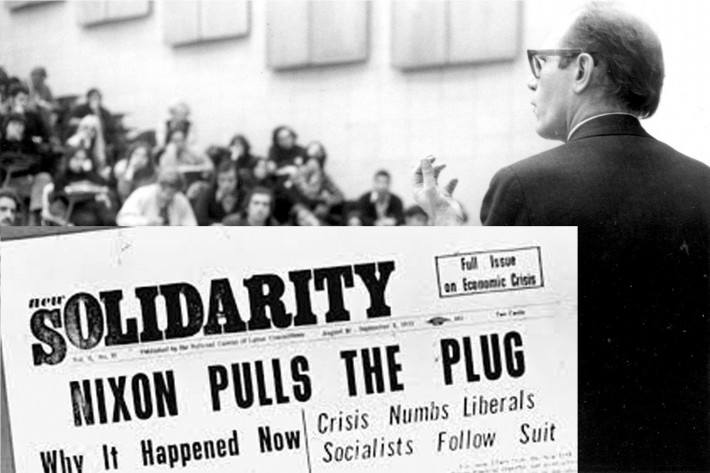 Seminar Invitation: So, Are You Finally Willing to Learn Economics?

On the 50th Anniversary of LaRouche’s Stunning Forecast of August 15, 1971

The LaRouche Legacy Foundation is pleased to invite you to an online seminar with leading international experts to examine the unique contributions of Lyndon LaRouche (1922–2019) to the science of physical economy. The seminar will consist of a morning and an afternoon panel, and it will be held on the 50th anniversary of President Richard Nixon’s fateful announcement of the end of the Bretton Woods system on August 15, 1971.

This is also an urgent invitation to reflect on what went wrong with economic policy in the trans-Atlantic sector over the last five decades, in order to correct those persisting policy blunders and change course before we plunge into a breakdown crisis comparable only to the 14th century New Dark Age.

On August 15, 1971, Nixon delivered a dramatic 18-minute national television address in which he announced:

Although Nixon announced these measures purportedly to rein in financial speculation against the dollar, they in fact opened the floodgates to the most massive, lengthy speculative binge in the history of mankind, coupled with physical economic collapse— which continues to this day.

The August 15, 1971 announcement was the most far-reaching and catastrophic economic policy decision of the 20th century in terms of its consequences down to the present. One economist, and one economist alone, called it. He warned that it was coming and explained what it meant within hours of its announcement.

That man was Lyndon LaRouche.

LaRouche spent the next five decades warning that, if those policies were continued, the world would head into a systemic breakdown crisis and the likelihood of fascist economic policies. All the while he presented detailed programs to reverse the crisis, based on the idea of peace through development and on fostering the productive powers of labor of every person on the planet.

For this, LaRouche was reviled and unjustly imprisoned for five years. His policies were not implemented in the trans-Atlantic sector, and the planet today is paying the price for that folly in the form of a hyperinflationary blowout, an uncontrolled and deadly pandemic, and the danger of thermonuclear war. As a result of the campaign to defame LaRouche and silence his ideas, most people in the United States and elsewhere have never studied his writings.

But some people, leading scientists and political leaders in different parts of the world, did listen to LaRouche and did study his works— such as the Russian scientific giant Pobisk Kuznetsov and former Mexican President José López Portillo.

Other specialists and students of LaRouche’s works will participate in the Aug. 14 seminar, and you will be able to hear from them directly about LaRouche’s economic breakthroughs, about his unmatched record of forecasts, and about his programmatic proposals to develop every corner of the planet—and the solar system.  The seminar will help you understand why it is past time to exonerate LaRouche’s ideas, both for reasons of simple justice and to be able to at last implement his policies.

As José López Portillo, the former President of Mexico, stated in 1998 in a joint seminar with Helga Zepp-LaRouche: “It is now necessary for the world to listen to the wise words of Lyndon LaRouche.”