Brotherhood Over Geopolitics: El Salvador and Honduras Set an Example 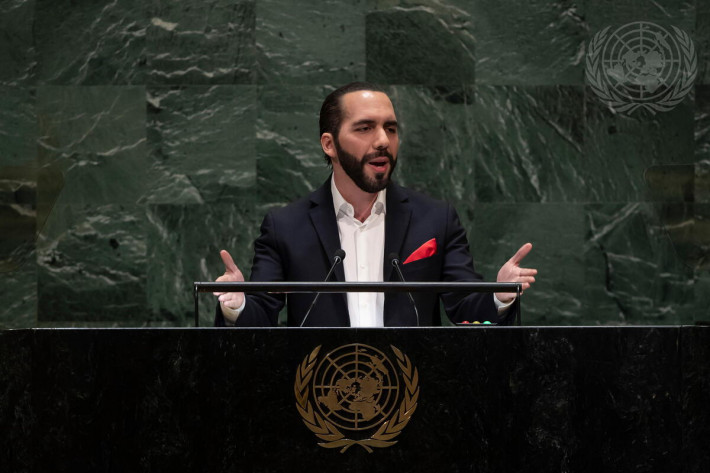 Brotherhood Over Geopolitics: El Salvador and Honduras Set an Example

Brotherhood Over Geopolitics: El Salvador and Honduras Set an Example –

May 14, 2021 (EIRNS)–Last weekend, seven Honduran Mayors petitioned the president of neighboring El Salvador, Nayib Bukele, to send anti-Covid-19 vaccines to their municipalities, because their people are dying. El Salvador has the highest rate of vaccination in Central America (10%), because President Bukele made getting vaccines a priority early, including from China, which donated 150,000 doses on top of two million doses contracted. Honduras, however, has been able to vaccinate 0.56% of its 10 million people, most with only one shot, and whether needed second doses will arrive in time is in still in doubt.

The Honduran mayors were immediately invited to El Salvador to meet with Bukele, the Health Minister and others. Less than two days after their visit, early on Thursday morning, seven, big, blue trucks marked “COVID-19 Vaccine” left San Salvador and headed to Honduras, carrying 34,000 vaccine doses—donated. Salvadoran officials decided that despite their own needs, because they have doses contracted in their pipeline, they should help out their neighbors.

From the moment the convoy of trucks and police escort crossed into Honduras, to when each truck arrived in its designated municipality, crowds were gathered along their route. People cheered, waved the flags of both countries and signs saying “Thank you President Bukele!,” as passing vehicles honked approval. When one truck arrived after dark at its final destination, it was met by people lining the street, waiting to shake the hand of the drivers; visibly moved, the Salvadoran drivers slowed way down to shake as many as they could. In another town, a Honduran doctor videotaped a message of thanks to President Bukele in front of a hospital. One mayor gave a lovely speech hailing this act of friendship as a step towards restoring the single Central American nation which had existed for a short time after Independence.

The Honduran Foreign Ministry tweeted when the decision was announced on May 11:
“The donation of 34,000 vaccines doses announced today in San Salvador shows that it is possible to put health before geopolitics, and that there is no deadlock where there is brotherhood. In the name of Honduras: many thanks to our brothers. We appreciate the support and reciprocity which we have received from El Salvador and other countries to help obtain vaccines which otherwise have been denied to Honduras because of the politicization of the pandemic.”

Honduras is now taking steps at various levels of government to establish some ties with China. Honduras still maintains diplomatic relations with Taiwan, which–like its protector, the United States–has not made any vaccines available. The Association of Honduran Mayors (AMHON) sent a letter this week to President Bukele in the name of all the country’s 298 municipalities, requesting that El Salvador help them with contacts and procedures so that Honduras can purchase vaccines from China. The Honduran National Congress passed a motion yesterday calling on the Executive Branch to secure anti-COVID vaccines from vaccine-producing nations such as Russia, China, India, Cuba “and even [!] the United States,” specifying that a trade office be established in China, “among other countries,” in order to facilitate this work.