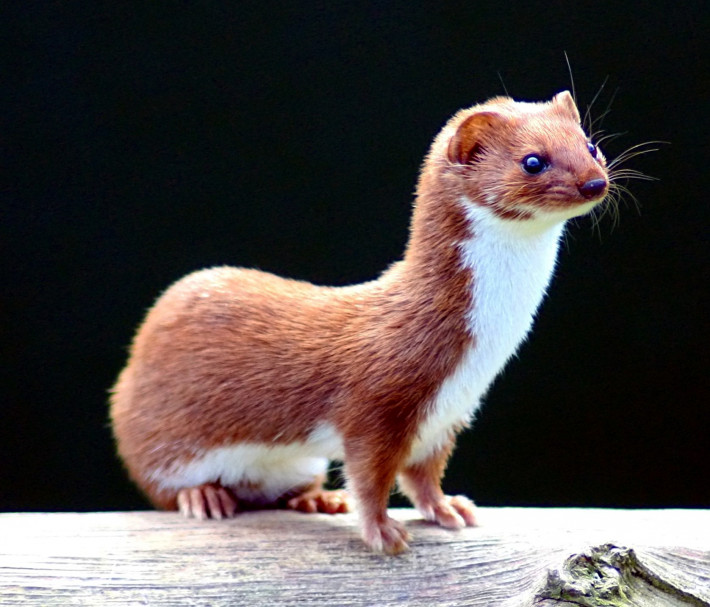 May 12 (EIRNS)—China very appropriately has labeled as “weasel policy” U.S. policy toward Xinjiang. Today at the United Nations, the permanent missions of the U.S., the U.K, Germany and an array of NGOs are holding an event on Xinjiang and “the repression of Uighur Muslims.” The spokesman for China’s UN mission issued a hard-hitting statement in response to this insult, while the semi-official Global Times titled its article on the subject: “U.S. `weasel diplomacy’ will not function in Xinjiang.” During the May 10 Foreign Ministry briefing, spokeswoman Hua Chunying also asserted that U.S. behavior on Xinjiang was “just like the weasel paying respect to the hen, without the best of intentions.” Global Times quotes professor Li Haidong, from the Institute of International Relations at the China Foreign Affairs University, who warned that the purpose of this “weasel diplomacy” is to turn Xinjiang into another Afghanistan. The proverb quoted by Hua, he said, is that a weasel may put on a friendly face, but will always find the opportunity to catch the hen and eat it.

Global Times adds that this weasel diplomacy has brought war to many countries, pointing to how the U.S. “ruthlessly and barbarically inflamed turmoil in Afghanistan for its own interests,” yet now pretends to care about Xinjiang’s Muslims. It won’t work in Xinjiang, GT admonishes, because Xinjiang “is neither Ukraine nor Afghanistan–China has strong national power, rich resources and powerful strategies.” Li pointedly warns, “If the U.S. tends to believe it could stir up internal chaos in China, it must have overestimated its own strength and underestimated China’s ability to resist external pressures.”

The Chinese UN mission’s statement points to the “sheer lies and political bias” of today’s UN event, and particularly attacks the fact that in the middle of a global pandemic, and when nations should be acting in solidarity to face the challenge of defeating the pandemic, the co-sponsors of this event are obsessed with undermining the unity and collaboration of Member States–violating the purposes and principles of the UN Charter. The spokesman slams the U.S.’s sanctimonious claims of defending Uighur Muslims, when its perpetual wars have slaughtered Muslims in Afghanistan, Iraq, and Syria–killing civilians and displacing tens of millions. The U.S. doesn’t care about the deaths of almost one million Muslims in Afghanistan, Iraq and Syria but is “very keen” on Uighur Muslims in China, he says. Today’s event, he intones, is “outright political farce.” The full Global Times article is here.