Chas Freeman: Sanctions Are “Both Hypocritical and Counterproductive as Well as Cruel” 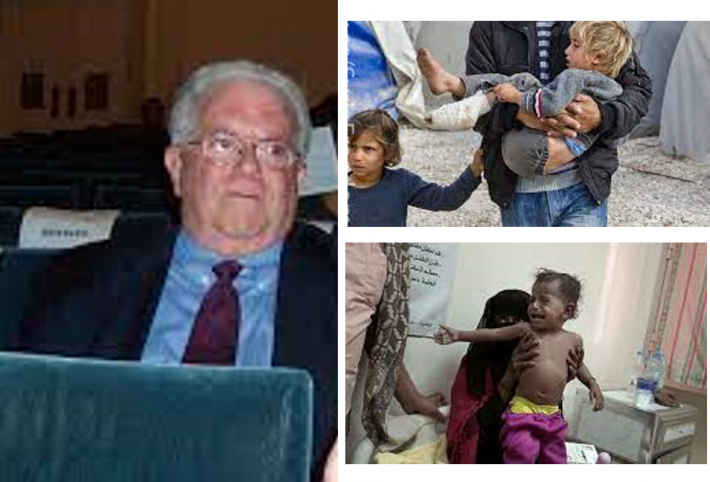 Chas Freeman: Sanctions Are “Both Hypocritical and Counterproductive as Well as Cruel”

April 22, 2021 (EIRNS)–Chas Freeman, a former defense official and a career diplomat, serving as Ambassador to Saudi Arabia and Deputy Chief of Mission in both China and Thailand, responded to the call by Helga Zepp-LaRouche to stop the genocide in Syria and Yemen with the following statement on the role of sanctions in foreign policy:

“I disagree with our abuse and overuse of sanctions on the grounds that they are ‘feel-good’ rather than results-oriented diplomacy, are ineffective unless they are part of a negotiation with a ‘yes-able’ proposal from those imposing them, create market distortions that rapidly establish vested interests in their perpetuation, injure innocent people but allow those in authority to maximize political power through control of patronage involving humanitarian exceptions, facilitate the scapegoating of those who impose them for entirely unconnected suffering of the populations they are supposed to aid, are an excuse for failing to address the ills they purport to punish effectively, and allow politicians to posture without doing anything effective about the problems they are condemning. In short, they are both hypocritical and counterproductive as well as cruel. Since their real objective is to satisfy domestic constituencies rather than accomplish anything in the countries they target, they always succeed. But they cause immense, needlless, and inhumane deprivation where they are imposed.

“I will look for an opportunity to make these points whenever I can. I am appalled by our complicity in the immiseration of Syrians and Yemenis and say so, when asked.”