President Xi Jinping’s Speaks on 50th Anniversary: The Restoration Of The Lawful Seat Of The People’s Republic Of China in The United Nations 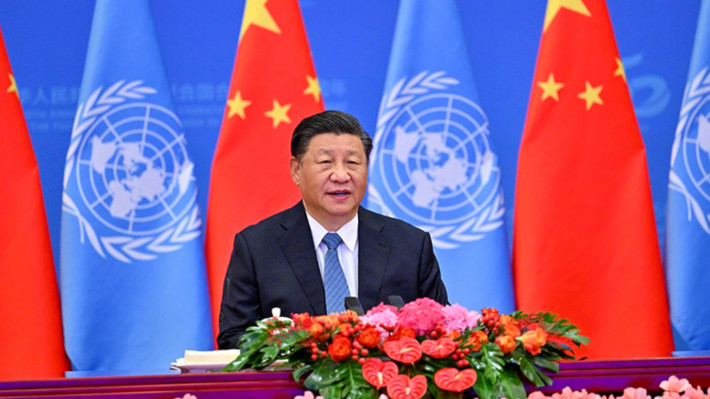 President Xi Jinping’s Speaks on 50th Anniversary: The Restoration Of The Lawful Seat Of The People’s Republic Of China in The United Nations

October 25, 2021 (EIRNS)–On October 25, at a meeting in China to commemorate the People’s Republic of China taking its lawful seat in the United Nations, Chinese President Xi Jinping reviewed the last 50 years’ progress of China and world development, and stated the necessary principles which, if followed, will foster peace, and keep nations out of war. Xi stated:

“Today, on this special date, we are here to review the past history and look to the future, and that makes our gathering all the more significant…

“On this occasion, I wish to express, on behalf of the Chinese government and the Chinese people, heartfelt gratitude to all countries that co-sponsored and supported UN General Assembly Resolution 2758, and to pay high tribute to all countries and people that stand on the side of justice.

“The past five decades since New China restored its lawful seat in the United Nations have witnessed China’s peaceful development and its commitment and dedication to the welfare of all humanity.”

Xi’s speech, affirming China’s commitment to and emphasis on the well-being of all humanity—as opposed to geopolitical blocs and actions taken outside of international law—comes just days after the U.S. State Department’s extremely dangerous provocation against China, in which State Department representatives met with government representatives of Taiwan to discuss “Taiwan’s ability to participate meaningfully at the UN…,” which would be in complete violation of UN Resolution 2758, and the one-China principle. Read the entire speech here.