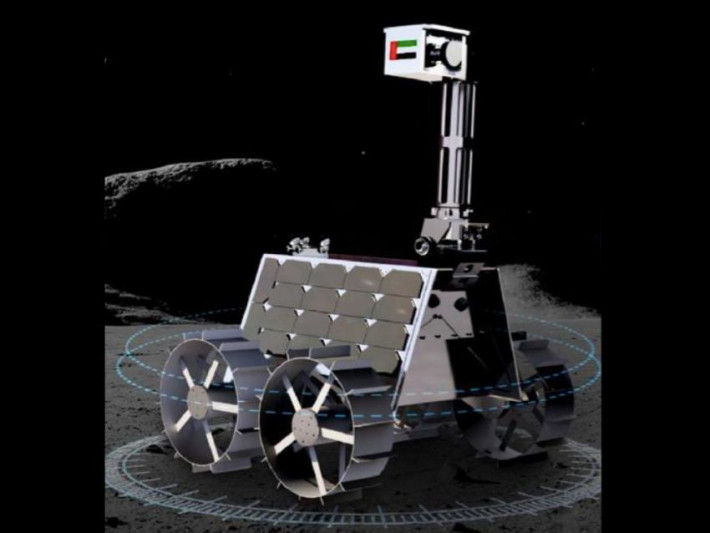 April 18 (EIRNS)–On April 14, mission team members announced that the United Arab Emirates (UAE) and the Japanese space company {ispace} will collaborate to land the UAE’s robotic Rashid moon-rover on the surface of the Moon in 2022, via the HAKUTO-R lander.

This will be the first Moon landing for the Arab world and for Japan. Only three nations so far have landed on the Moon – the former Soviet Union, the United States, and China.

Like the naming of the Hope Orbiter, the name of this 22-lb. moon-rover is important: the name Rashid in Arabic means (loosely translated, “rightly guided”), and Rāshid is one of the 99 names of God in the Qur’an. It will land near the equator on the near side of the Moon, but the exact landing site has not yet been announced.

According to space.com, “The little four-wheeled rover will study its surroundings for at least one lunar day, or about 14 Earth days, using a high-resolution camera, a thermal imager, a microscopic imager and a Langmuir probe. This latter instrument could help scientists better understand the electrically charged environment at the lunar surface, which is apparently caused by the solar wind, the stream of charged particles flowing constantly from the sun.”

“The Emirates Lunar Mission represents a milestone in the UAE’s space sector, as the mission will contribute towards providing valuable data and information relating to the moon that will serve the global scientific community as well as test capabilities that would be crucial for manned missions to Mars,” Adnan AlRais, senior director of the [Mohammed bin Rashid Space Centre] MBRSC’s Remote Sensing Department.

“We are honored that MBRSC has entrusted ispace’s lunar payload transportation service to play a key role in carrying out this historic moment for the UAE,” ispace founder and CEO Takeshi Hakamada said in a statement.

ispace is planning to launch its second lunar mission, which will also include a rover deployment, in 2023. Both of those flights are expected to lift off aboard SpaceX Falcon 9 rockets.