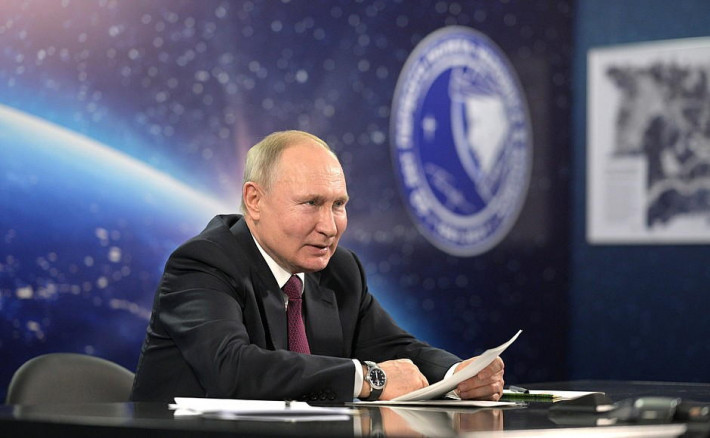 He visited Space Conquerors Park and laid flowers on the monument to Gagarin built at the site where the cosmonaut had landed. He also held a videoconference reviewing plans for the development of the space industry. According to TASS, Deputy Prime Minister Yuri Borisov and head of Roscosmos space agency Dmitry Rogozin delivered reports.

“In the new, 21st century, Russia must uphold its status of a leading nuclear and space power because the space sector is directly linked with defense,” Putin said at the meeting.

“We will always be proud that our country paved the way to the universe and that our compatriot was a pioneer on this great path,” he stressed. “It is our duty to cherish the memory of the generation of space explorers—to honor the courage and bravery of cosmonauts who ventured to explore the unknown, despite risks, those who developed unique space systems and vehicles, who trained crews for work in the orbit and to remember all those who used their labor and talent to lay the basis for and build up the country’s space potential. Moreover, our duty is to keep on striving to be on a par with the high standards set for us by the space pioneers,” the President stated.

Affirming the need to attract young people to space industry, Putin stated that more than 50,000 people younger than 35 are currently employed in Russia’s space sector. “I suggest increasing by 50% the salary of those who have already been in space and have been holding prominent positions in the cosmonaut team. And by 70% for cosmonauts-to-be who currently undergo training,” President Putin said. “It is still difficult for them now to undertake maximum efforts for achievement of the overall deliverable. They even risk their lives and health.”