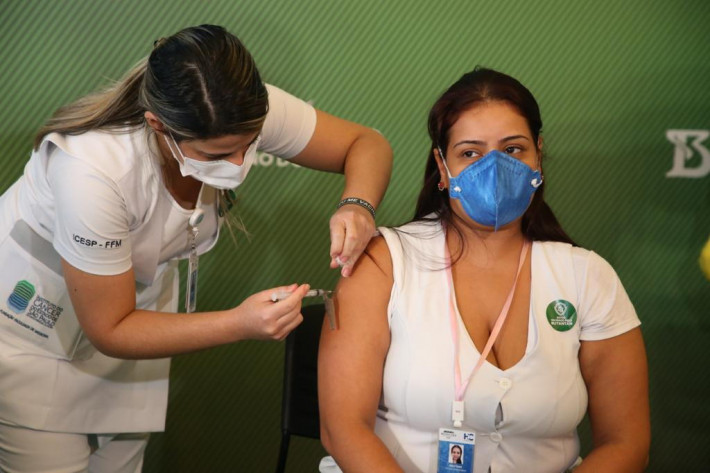 April 5 (EIRNS)–The rate at which Brazil’s P.1 or “Manaus” variant has spread to the rest of South America has rightly earned it the term “superspreader.” As The Washington Post reports today, the fear now is that P.1 could become the dominant variant in all of South America, given the fact that all but two countries on the continent border Brazil and that there is fluid two-way traffic across those borders. With good reason, several countries have either closed their borders with Brazil or are about to. But keeping the virus out of their countries is another matter.

The rapidity with which the variant has spread into nations whose healthcare systems border on collapse and whose economies have suffered severe declines because of the pandemic, is a cause of despair among healthcare professionals in those nations. As Venezuelan infectious disease specialist Julio Castro put it, “it’s spreading. It’s impossible to stop.” In Peru, 40% of all cases are being attributed to P.1, although in some parts of Lima, the capital, it’s 70%. In Uruguay it’s 30%. In Paraguay, half of the cases at the border with Brazil are due to P.1.

The situation in Paraguay is so dire that the head of the country’s Infectious Disease Society, Elena Candia Florentin, told the Post that “Paraguay has little chance of stopping the spread of the P.1 variant,” because it has nothing with which to combat it. “With the medical system collapsed, medications and supplies chronically depleted, early detection deficient, contact tracing nonexistent, waiting patients begging for treatment on social media, insufficient vaccinations for health workers, and uncertainty over when general and vulnerable populations will be vaccinated, the outlook in Paraguay is dark,” she said. In Paraguay, as in most other countries, expanding poverty, mistrust, and generalized “Covid exhaustion,” make stricter public health measures an unlikely option.

Vaccines are the obvious solution, but lack of accessibility and slowness of distribution have greatly hindered vaccination efforts in most countries, with the exception of Chile.

The region is one of the hardest hit in the world, but has administered only 6% of the world’s vaccines. The UN’s COVAX mechanism is kicking in, but very slowly, and in most cases, every country is left to its own devices. There is no regional bloc, as is the case in Africa, capable of negotiating for a group of countries.