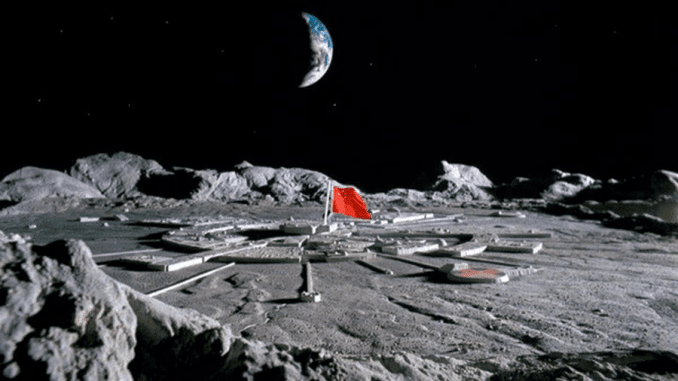 China-Russia Lunar Station To Be at South Pole, Will Start Unmanned

March 15 (EIRNS)—Xinhua published a report March 14 on the lunar research station planned by the China-Russia MOU signed March 9, which it characterized as “the fourth phase of [China’s] lunar exploration program, while implying it would be a prelude to, rather than part of, manned exploration of the lunar surface. Wu [Weiren] did say, though, that manned lunar missions are on China’s agenda”—the highest-level scientist to give that definite an answer to date. Xinhua took its coverage from an interview by China Space News with Wu Weiren, the chief designer of China’s lunar exploration program, member of the Academy of Engineering.

Three missions were named: lunar sample return by Chang’e-6, resource survey of the South Pole by Chang’e-7, and technology testing by Chang’e-8 in preparation for the construction of the station. These robotic landings are planned to take place in the next few years. Wu said that in the five-year period 2021-25, China will keep developing heavy launch vehicles and “achieve breakthroughs in rocket body sizes and engine thrust to support deep space exploration, in which the Moon is included. The implication is that once the three missions above are implemented, China will be engaged in studying manned landing at the South Pole “for a long-term lunar stay” at the site of the research station. The South Pole, which could have more than 180 consecutive days of sunlight, “would be highly convenient for astronauts carrying out scientific research,” Xinhua reported.

Wu is quoted: “If the lunar research station project can be successfully implemented, China will not be far away from achieving manned landing on the Moon.” And his message to young people was, “In the vast universe, I hope that more young people will dream, explore, and fight.”