Rick Perry — the Green New Deal Is Anti-science and Kills 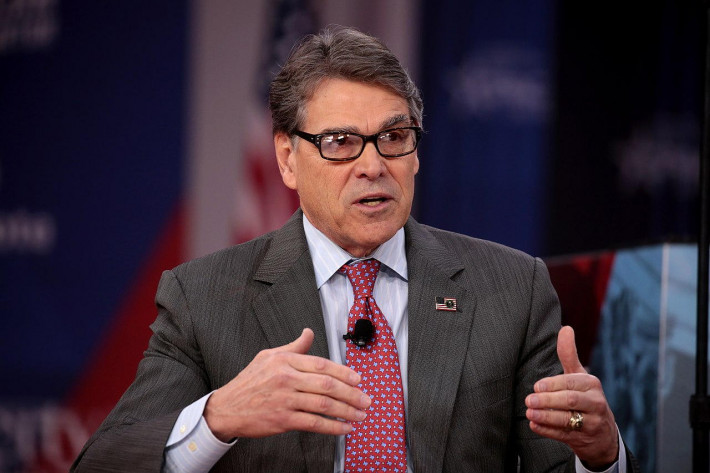 Rick Perry — the Green New Deal Is Anti-science and Kills

February 17, 2021by madeleine in General

Rick Perry, the former Governor of Texas and  Energy Secretary under President Trump, spoke from power-less Texas Monday night on the Tucker Carlson show on Fox News, blasting the Green New Deal as anti-science ideological disaster which is killing people, and will kill more everywhere if not stopped.

With over 4 million people without power in Texas — including Perry, whose power went down just as he appeared on TV (he was able to turn on a generator) — Perry described the freezing up of the wind turbines and the failure of the solar panels in Texas, adding: “We started taking down the coal plants, then the nuclear plants.If the country is going to continue to grow, to have an economic base which is competitive in the world, we’ve got to have a diverse energy supply which will be there when you call on it. That means fossil fuels, LNG, compact nuclear reactors. We have to look at fusion reactors — there’s great progress being made in that field right now. I don’t hear the new administration, the Green New Deal, talking about anything other than solar and wind. That’s fine, but you have to be thinking long term — there are not enough people thinking long term. You have a group of people so bent on their ideology — they don’t care about the future, they don’t care about your lives.”

He looked ten years ahead to life in an “AOC world” with only solar and wind. “What happens when we have this kind of event? It’s 9 degrees in Round Top, Texas. If you don’t have power to keep warm, you’re going to die! There are countless lives that can be lost with the kind of reckless adhering to a philosophy like that. It’s not scientific. We heard all the time during the campaign, `You have to stick with the science.’ Well, the science tells us, if you have just wind and solar, it’s going to get awfully cold in the winter, and awfully hot in the summer.”