Rwanda’s Paul Kagame: “Until Africans Get the COVID Vaccinations They Need, the Whole World Will Suffer” 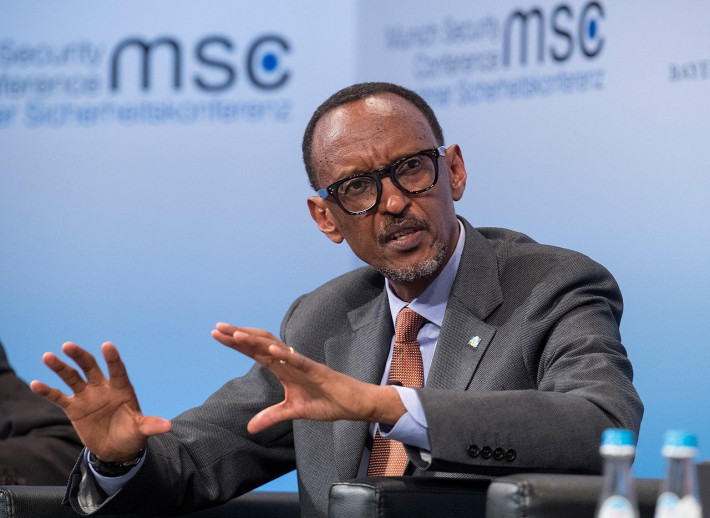 Rwanda’s Paul Kagame: “Until Africans Get the COVID Vaccinations They Need, the Whole World Will Suffer”

February 13, 2021by madeleine in General

Under that headline, Paul Kagame, the President of Rwanda, and former Chairman of the African Union, wrote an op ed in the Feb. 9 Guardian newspaper, pressing the need for vaccinating Africa and developing nations, as well as the entirety of the world’s population, against COVID-19.

Kagame stated, “The current situation with regard to the access and distribution of Covid-19 vaccines vividly illustrates the decades-old contradictions of the world order. Rich and powerful nations have rushed to lock up supply of multiple vaccine candidates…. This leaves African and other developing countries either far behind in the vaccine queue, or not in it at all….The pressures on political leaders to vaccinate all their citizens before sharing supplies with others is understandable. But forcing smaller or poorer countries to wait until everyone in the north has been catered for is shortsighted.

“Delaying access to vaccines for citizens of developing countries is ultimately many times more costly.” He warned, “The pandemic will rage on, crippling the global economy. New mutations may continue to emerge at a more rapid pace. The world risks reversing decades of human development gains…. We need global value chains to be fully operational again and to include everyone.

“The Covax facility, led by the World Health Organization, was supposed to ensure doses for 20% of Africa’s people—right from the start and at the same time as richer countries. However, nearly two months after the first vaccines have been administered, it is still not clear when African nations will be able to start immunizing people… One pharmaceutical firm is reportedly planning to charge $37 per dose for ‘small orders’ [in Africa]. Recently, one African country reported being asked to pay more than double the price that the European Union had negotiated for the same product.[P]rice gouging… should not be tolerated for vaccines during a pandemic.”

Kagame asserted, “Vaccine candidates from China and Russia are also coming online and may provide an alternative for some developing countries. However, the reality is that most countries will only be able to procure vaccines that have been approved by the World Health Organization. The WHO should speed up emergency use approvals…. Africa is not sitting back and waiting for charity…. Ensuring equitable access to vaccines globally during a pandemic is not only a moral issue, but an economic imperative to protect the wellbeing of people everywhere. But when will Africa get the protection it needs? If all lives are equal, why isn’t access to vaccines?”