Harley Schlanger Morning Update: George Shultz Has Died: May the “Free Market” Economic System He Imposed Be Buried with Him 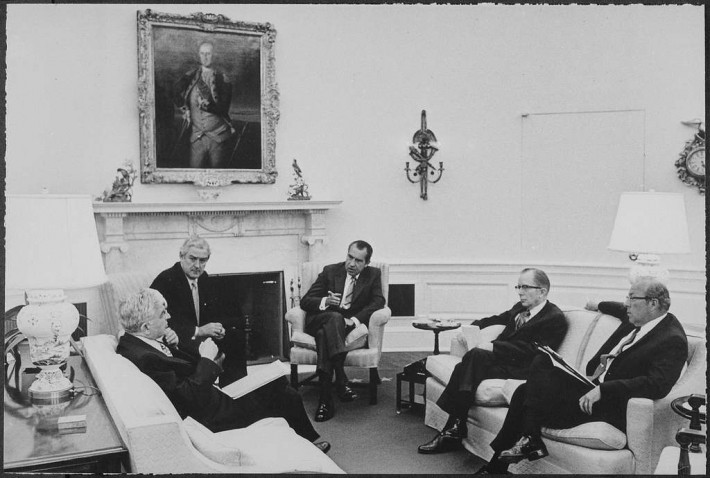 Harley Schlanger Morning Update: George Shultz Has Died: May the “Free Market” Economic System He Imposed Be Buried with Him

George Shultz was a leading economic hitman, a prominent promoter of Schachtian economic policies, named for Hjalmar Schacht, who was responsible for Nazi’s slave labor policy. Shultz was at the center of more than fifty years of the “controlled disintegration” of the U.S. economy: advising Nixon to break with the gold-reserve system in 1971; advocating Thatcherite deregulation under Reagan, which led to the boom-bust economy ever since then; organizing establishment support for the Bush-Cheney regime, with its “endless wars” and surveillance state; and promoting the “revolution in military affairs,” to privatize national security, placing it under a global corporatist umbrella. For much of what is now being aggressively pushed by the Davos crowd — the Great Reset and the Green New Deal — Shultz served as one of the key architects.