Webcast: Cooperation Against the COVID Pandemic and in Space Move Humanity Toward Anti-Davos New Paradigm 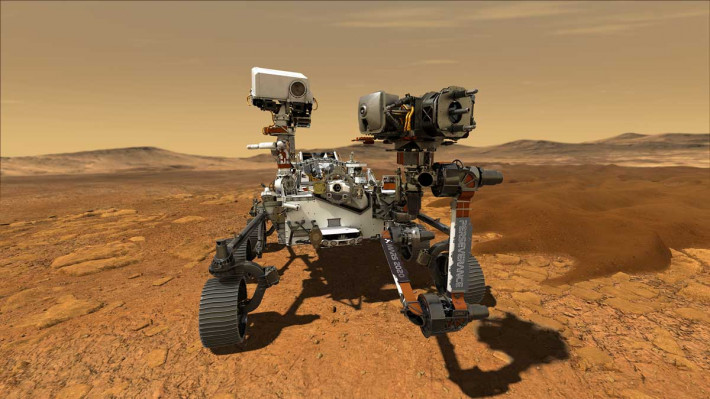 Webcast: Cooperation Against the COVID Pandemic and in Space Move Humanity Toward Anti-Davos New Paradigm

February 4, 2021by David Dobrodt in General

While the global London-centered oligarchical establishment pursues policies aimed at imposing a global banker’s dictatorship and launching new wars, Helga Zepp LaRouche highlighted what she described optimistically as “baby steps” toward a New Paradigm, based on scientific cooperation among sovereign states. In her weekly dialogue, she pointed to agreements reached between Russia and China, and nations in Europe — including Germany — and South America, to deliver vaccines, as evidence that there is motion toward realizing her call for developing a “world health system” as the only way to defeat the COVID pandemic, and prevent outbreaks of other pandemics in the future. She also spoke of the exciting prospect of three nations — the UAE, the U.S. and China — with Mars’ missions reaching the planet during the next weeks in February.

She contrasted these positive developments with the dismal outlook presented at Davos, as financial oligarchs were desperately trying to impose a Green financial bubble to bail out their collapsing system; of the failure of the EU in addressing the pandemic and the economic crisis, typified by the prospect of a Draghi government in Italy; and with the regime change operations directed at Russia in the Navalny affair, and against China with the Atlantic Council’s White Paper, “The Longer Telegram”, applying the geopolitical methodology which led to the protracted Cold War against the Soviet Union, which could provoke a nuclear war today. She also spoke of the dysfunctional polarization of the American political scene, with the impeachment trial in the Senate scheduled for next week. She described Pelosi and others as having “gone off the deep end”, especially with their nasty vindictiveness against Trump and his supporters. These baby steps toward cooperation can provide the basis for provoking a necessary “change in thinking” worldwide, in order to break out of the dangerous paradigm created by the City of London and its allies in the U.S. and western Europe.