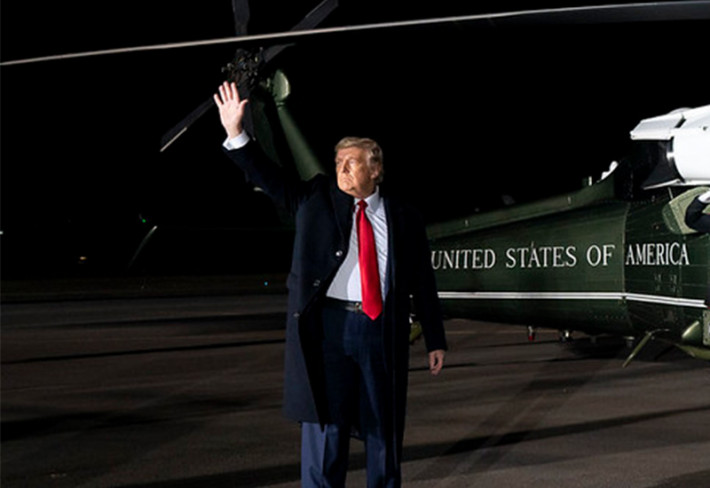 January 6, 2021by David Dobrodt in General

As the Congress convenes on January 6, to determine the outcome of the fight against the theft of the 2020 election, there are still powerful options which President Trump has, to break out of the game which has been rigged against him. Helga Zepp LaRouche identified some of these options, in her weekly dialogue. He can — and should — pardon Julian Assange, after the British Judge’s denied him bail today, which means he must remain in prison while the appeal by the U.S. DOJ for his extradition proceeds. He can pardon Edward Snowden, and exonerate Lyndon LaRouche. He can release publicly all the suppressed documents related to Russiagate, and appoint a special counsel, to pursue the charges of vote fraud, which have not yet been investigated.

And he can respond positively to President Putin’s call for an emergency summit, to address the deepening global crises, which if not addressed by the great powers acting as sovereign nations, will lead to depression, a worsening of the COVID pandemic and starvation in Africa, and likely mean new wars, possibly a thermonuclear war. The Great Reset, pushed by corporate fascists associated with the Davos World Economic Forum, would impose a Green agenda which threatens the survival of mankind. A move to a new credit system, as designed by her husband, is the only alternative, and a P5 summit, with Trump’s involvement, is the place to begin creating that alternative.