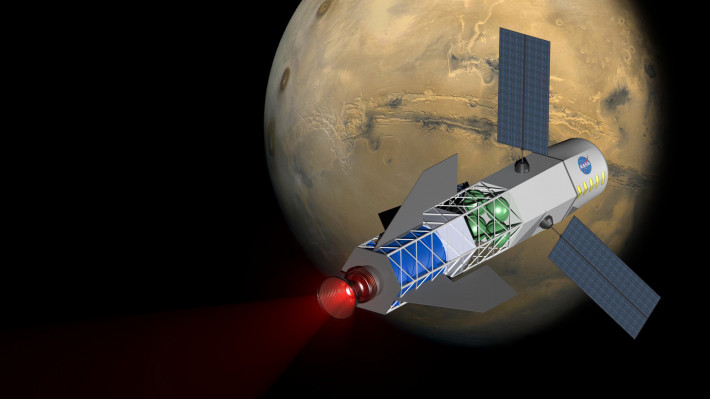 December 3, 2020by David Dobrodt in General

Related to the ongoing Chinese mission to collect lunar soil samples on the Moon, CGTN is pointing to the vast reserves of helium-3 there, writing:

“Modern science has revealed that most of the energy we use today originated from sunlight – coal and oil are basically storage of ancient sunlight. Scientists and engineers have been trying to build a smaller sun on Earth for decades. And helium-3 is a great fuel to do that.

“100 tons of helium-3 can generate the energy needed by all humans for a year. And there may be a million tons of helium-3 on the Moon – which can help humans survive another 10,000 years. Building the artificial sun requires many strict conditions, some of which can be easily met on the Moon since the sphere has much less gravity than the Earth.

“Imagine if we don’t need oil anymore. Lots of wars will become pointless and we may enjoy one of the most peaceful ages ever. Isn’t that great? And that’s why we should continue the effort of lunar exploration. China’s international Moon lab could be a good start.”

This is not the first time that CGTN has highlighted the helium-3 issue, but has been a steady companion to most of its coverage of the Chang’e-5 mission since it began. It has also been underlined by many of the researchers involved in the Chang’e-5 project in their briefings on the project.