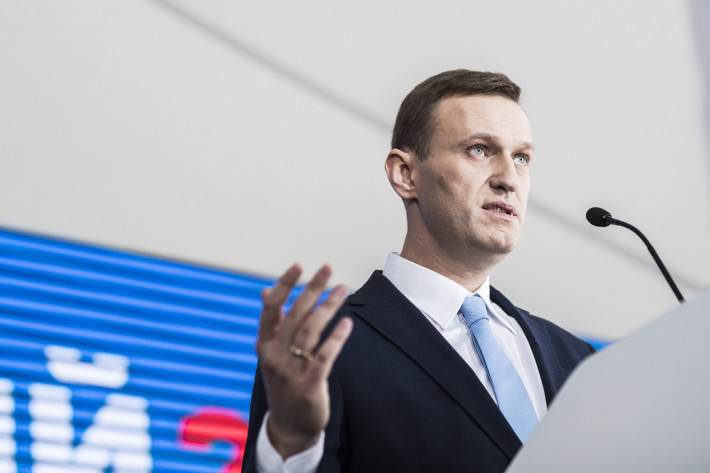 September 3, 2020by Jenny Burns in General

German government spokesman Steffan Siebert has reported that according to toxicology tests performed on Alexei Navalny’s blood samples by a German military lab, there is now “unequivocal proof” that the Russian opposition figure was poisoned by a nerve agent of the Novichok family, Reuters reported. Predictably, this has unleashed a wave of indignant responses from within Germany and internationally on a par with the hysteria around the orchestrated 2018 Skrypal case, demanding that Russia be held accountable. Putin himself is targeted.

While spokesman Dmitry Peskov reported today that the Kremlin has received no report from Berlin on these findings, nor replies to any previous requests for more detailed medical information on Navalny’s status, Seibert solemnly announced that the “federal government will inform its partners in the EU and NATO of the results of the investigation…and will discuss an appropriate joint response with the partners in the light of the Russian response.” The implication is that sanctions could be imposed on Russia. In her own statement, Chancellor Angela Merkel proclaimed, “it’s now clear” there was an “attempt to murder Navalny…He is the victim of a crime. He was meant to be silenced. This raises very difficult questions that only the Russian government can and must answer. This goes against the basic values that we stand for.” Foreign Minister Heiko Maas said he would be calling in the Russian ambassador to demand an immediate response to the German lab’s findings. The name of the lab hasn’t been identified.

The stench emanating from Siebert’s assertion of “unequivocal proof,” is unmistakable. {The Guardian} gives it away when it mentions that, according to {Der Spiegel}, experts at Berlin’s Charite hospital where Navalny is being treated, consulted Britain’s secretive Porton Down lab, notorious for its role in the Skripal case, precisely “because of possible similarities with the 2018 Skripal attack.” It also quotes a German Green MP who studied at Yale University with Navalny who bellows that this new information raises the whole issue to “an international level,” demanding an international investigation be launched immediately. B {The Guardian} coyly notes that, so far,  Germany remains committed to the Nord Stream 2 pipeline project with Russia, implying that the alleged poisoning of Navalny might change that.

Tass notes that Russia’s Prosecutor General had requested Germany’s legal assistance in replying to 20 pertinent questions regarding Navalny’s treatment, diagnosis and test results as well as on a preliminary diagnosis from the German clinic, and medical documents and research by German specialists, both during Navalny’s transportation from Russia to Germany and his stay at the Berlin clinic. The Germans provided no information.