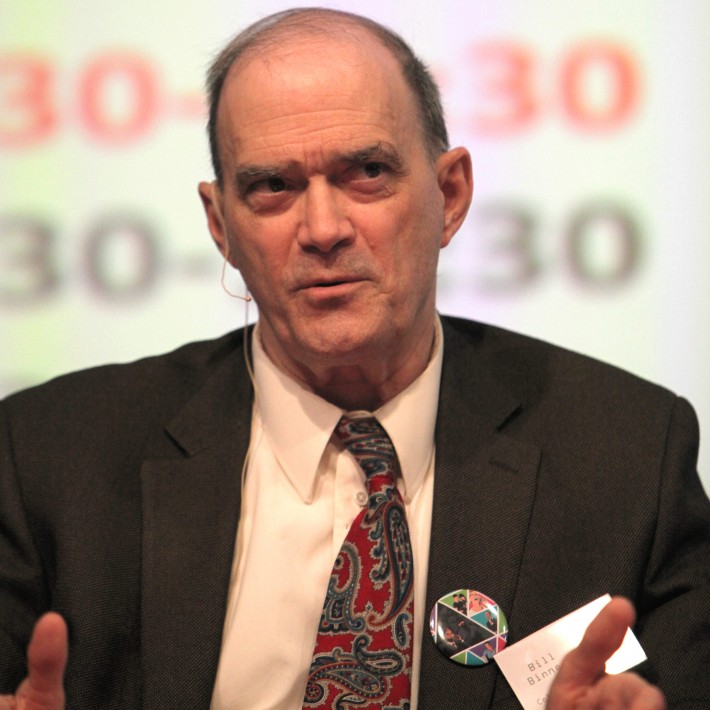 William Binney, the former technical director at the NSA, today put what should be the final nail in the coffin of the “Russiagate” coup attempt against the democratically elected government of the United States by the British and American intelligence agencies, their controlled and corrupt media, and the equally corrupt Congress. Appearing on an internationally broadcast event (sponsored by the Schiller Institute and EIR), Binney, together with his former associate at the NSA Kirk Wiebe and LaRouche PAC analyst Barbara Boyd, demonstrated not only that the entire three-and-a half-year Russiagate witch hunt was a manufactured hoax, but that it was known to be a hoax from the beginning by its perpetrators. The information presented in the event can and must be the launching pad for the American people, and international supporters of the American experiment, to make this pregnant moment in history the turning point in ending the oligarchical destruction of that experiment in republican government, “of the people, by the people and for the people.” see: https://www.youtube.com/watch?v=-t4m7VZOFMc&feature=youtu.be

Binney demonstrated, as he has many times before, that the systems he designed for the NSA to root out terrorists and drug kingpins has been turned against the American people, creating the most massive surveillance system by a state against its own citizens (and in this case around the world) in human history. Boyd pointed to the irony that the Democrats and many of the war-mongers surrounding President Donald Trump, led by Secretary of State Mike Pompeo, are prancing around the world denouncing China as a totalitarian state, while the U.S. itself is functioning as a totalitarian state. Not only is everyone’s entire private life available for view to dozens of U.S. government agencies, but also the nation is now going through a “culture war” in which anyone with even the slightest concern about the Jacobin mobs patrolling our streets is declared an “enemy of the people.” Many Chinese are openly expressing their astonishment that the U.S. is replaying the nightmare carried out in China during the last decade of Mao Zedong’s life, the “Great Proletarian Cultural Revolution.”

All three speakers posed the critical point that the current existential crisis of civilization — the pandemic, the economic collapse, the cultural decay and the extreme danger of war — is also an incredible opportunity, if the patriots of the nation can cut through the induced pessimism that nothing can be done, and commit themselves to take action. Every leader, every candidate for office, must be informed, with passion, that they must stop the coup and join the fight to restore the nation, to bring the world together for cooperation in development in scientific and medical research, in space exploration — in creating a future fit for human existence — or be sent home.

There is a great irony in the fact that Mike Pompeo just visited London, lavishing praise on the U.K.-U.S. “special relationship,” taking credit for pressuring the Boris Johnson government in “joining the free world” by cutting off Huawei, and then presenting his disgusting lies about China at the Henry Jackson Society. Why ironic? That society has as a major sponsor Sir Richard Dearlove, the former MI6 chief who personally ran the “Russiagate” coup attempt against President Trump, together with his underling Christopher Steele. Add to that Bill Binney’s description today of his briefing of Pompeo, at President Trump’s request, while Pompeo was still head of the CIA, on the fact that the Obama intelligence team was lying about the Russian hacking of the Democrats’ emails. Not only did Pompeo suppress that information, but he then totally endorsed the lies of Clapper, Brennan and Comey about the Russian supposed hack.

Break this truth about the attempted coup everywhere. Free President Trump to do what he intended to do, for which he was elected: end the endless wars, restore the U.S. industrial infrastructure, establish friendly relations with Russia and China. There are no solutions to the many crises facing mankind on a one-at-a-time basis. The British and their U.S. assets are doing everything in their power to prevent the urgent meeting of Vladimir Putin, Xi Jinping and Donald Trump, even if it means war in this age of thermonuclear weapons. Do not be pessimistic — it is a rare and fleeting moment of opportunity, for those willing to fight, for victory.