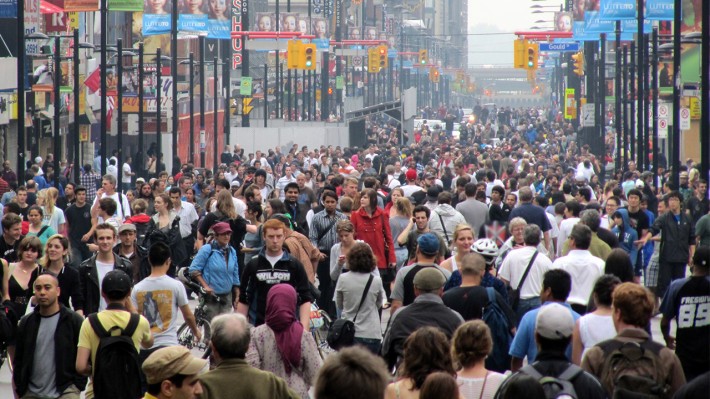 Just as the outbreak of the global coronavirus pandemic is a direct consequence of a half-century of destruction of the global physical economy, which has reduced the planet’s Potential Relative Population-Density in precisely the manner foreseen by Lyndon LaRouche, the war-plan for defeating COVID-19 requires a global alliance of forces to immediately reverse those suicidal policies, rebuild the economy, and launch a crash program to produce the necessary “weapons” to do battle against the disease. Every competent medical expert has stressed that the battles must be waged on a continuum of fronts, in order to win the war: from early detection kits; to quarantine and other protective measures and gear; to advanced hospital facilities with necessary equipment; to the qualified medical personnel with adequate training for these wartime conditions.

The United States, and almost every country on the planet, is woefully deficient and unprepared in all these areas – a deficiency that is not solved by lowering the standards of care, as has been demanded of the CDC, but by gearing up production massively to address the problem. It’s what Franklin Roosevelt did to turn the U.S. into the “arsenal of democracy” to defeat fascism, along with the Allies; it is what must be done today.

President Donald Trump has to take action, and drag the Congress along with him if need be, to forge a New Bretton Woods credit system agreement with China, Russia, India and other nations. Such a working alliance would act as follows:

* The big Wall Street and London-centered banks must be put through bankruptcy reorganization, not bailed out. Bailouts to these banks and their holding companies would again, as in 2008, only be passed along to their thousands of speculative units, client hedge funds, investment banking units, and so on. The big banks’ deposit base would also be looted to keep the speculative bubble—all $2 quadrillion of it—afloat. Instead, restoring the Glass-Steagall Act will put these speculative units out in the cold, while protecting useful commercial banking activity. The large banks will have to sell off their speculative units quickly, stop lending to them, and let them fail. Retirement funds will have that short time to get out of these speculative investments.

* Create a capital budget for new infrastructure construction, including building new hospitals and other public health facilities, and the additional electricity capacity and clean water supplies they need. There is plenty of other new infrastructure needed as well. New Federal bonds, construction bonds, have to be issued for this capital budget, whether by an emergency nationalization of the Federal Reserve or simply by creating a Reconstruction Finance Corporation backed by the Treasury. This infrastructure credit corporation or national bank will cooperate with those of the other founding powers in the New Bretton Woods system, to fund critical projects worldwide and capital goods exports. The projects directly related to COVID-19 include:

* Test kits must be produced on a massive scale, and advanced testing stations must be established – including using drive-through testing facilities such as those employed successfully in South Korea and elsewhere. There is also a grave shortage of RNA extraction kits needed for performing the tests, as the CDC’s director Robert Redfield has warned.

* There are insufficient N95 respirator masks for health care workers, let alone the public. Other components of the required PPE (Personal Protective Equipment), such as gowns, goggles and other protection, are also not available in the necessary quantities. Production must be increased by orders of magnitude, with the government charting the course for the private sector.

* New hospitals must be built, with isolation and intensive care capacity, both in the U.S and all over the world. The COVID-19 virus is extremely infectious and has much worse mortality than influenza. Moreover, virology experts forecast its return over 2020-2021. Modern care ratios of beds per thousand residents must be observed to determine the total number of regular, intensive care and isolation (negative pressure) beds to be built. Similarly, advanced treatment capabilities, such as ventilator units, must also be produced and provided. Consider: China has 60% more hospital beds per inhabitant than the United States. (Most other countries are in much worse shape, and have only minimal capacities.) China added 16,000 beds in the city of Wuhan in just one month. Remember that the United States Army Corps of Engineers did the same thing, just as fast, in Liberia in the Ebola epidemic in 2014. New hospitals with millions of beds can be built by 2020-2021 if a summit of the major industrial and scientific powers determines to do so.

* Build sufficient electric power supply for the new hospitals. Based on electricity use in American hospitals, for 1 million new hospital beds about 6 gigawatts of new electricity capacity would be needed around the world, in about 100 new electric generating units, each of the size of a gas turbine plant or, as soon as possible, a modular nuclear reactor.

* Provide the scientific research needed in the coronavirus pandemic: Scientists have to know much more about COVID-19, even as vaccines are being tested. This demands a cooperative effort of many countries using frontier biophysics, nuclear biology, and space medicine from major spacefaring nations. Dr. Robert Redfield, Director of the U.S. Centers for Disease Control (CDC) proposes 12 research centers around the world.