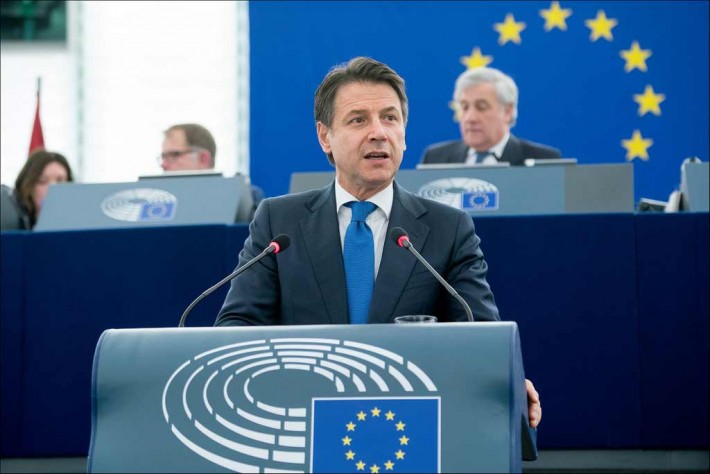 In the foreign policy debate in the Chamber of Deputies Tuesday morning, Italian Prime Minister Giuseppe Conte judoed all critics of the upcoming agreement between Italy and China on the Belt and Road by describing the upcoming MOU as so pro-European that it complies with EU guidelines and principles and values as “nobody has so far done in Europe.”

Conte said that the EU “will be strengthened by the Italian approach.” The MOU is not a treaty but a “programmatic agreement outlining targets in the framework of the BRI, which is a large project of international connectivity that Italy has expressed interest for, already back in 2016.” Italy’s interest “is legitimate” and responds to its “national interests.” Italy wants to increase its export in a “market of giant dimensions,” increase investments in infrastructures and “enjoy the natural economic advantages of the New Silk Road.”

The negotiations for the MOU have lasted many months and the text is “fully in line with the EU strategy.” Furthermore: “Nobody in the EU has done as much as we have” to advance EU policy vis-à-vis China. The MOU promotes European principles of mutual advantages, reciprocity, intellectual property, level playing field, etc. “Our approach to the BRI is the most far-sighted and effective ever adopted in the EU.”

In his reply, after a debate in which the opposition distinguished itself in hysteria, infantilism and incompetence, Conte reiterated the “finalities” of the MOU with China:  “First, balance trade relations. Our exports to China are far behind exports of our partners in the EU. Second, the BRI is a big project of infrastructure connectivity which offers opportunities to our companies. We have leading companies in know-how and technology which will be able to participate. Third, the BRI is of such a significance as to redefine major trade routes and we don’t want to miss any chance to be part of them. Fourth, protecting our strategic infrastructure is a primary, non-negotiable objective.”