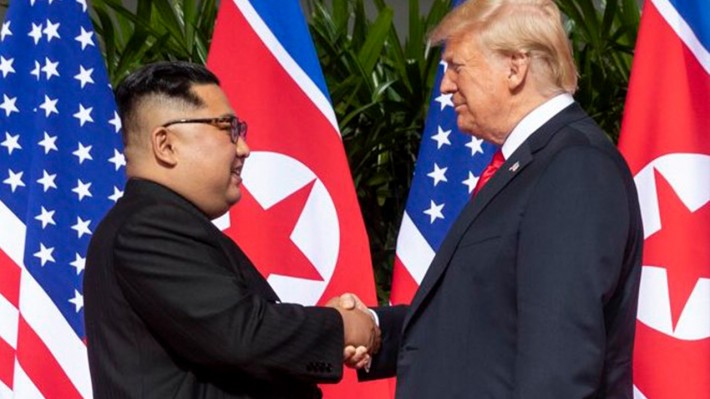 The underlying theme of Helga Zepp LaRouche’s strategic presentation in this week’s Schiller Institute webcast is that, as the clash between the Old and New Paradigms is becoming more obvious, it is the quality of thinking characterized by human creativity, which alone can bring the world to realize the shared common aims of mankind represented by the New Paradigm.

Nowhere was this more obvious than in the contrast between events in Hanoi, where President Trump was meeting with North Korea’s President Kim, and the nasty circus in Washington, D.C., featuring the dirty lawyer Michael Cohen and the foolish Democrats, salivating over the hope that Cohen’s lies will pave the way for impeachment. Trump was acting explicitly with a cooperative strategic alliance with Russia and China, as well as with South Korea and Japan, in his talks in Hanoi, while the pro-coup forces in Washington were doing the dirty work of the British Empire, to keep humanity hostage to their dying system.

Helga presented what is required to move humanity, to not just avoid nuclear war, but to bring about a future driven by the most exciting exploration of the universe. Referring to the beautiful ideas about letting the future shape the present which her husband discussed in his book, “There Are No Limits to Growth”, she issued an impassioned call to mobilize to win this fight.