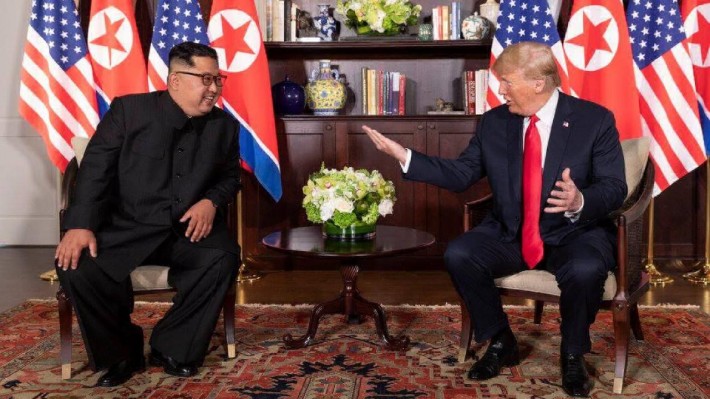 The contrast could not have been greater. While the dysfunctional nature of the dying G7, or G6, or G5 (!) — a remnant of British geopolitics which has dominated post-war policies — was on full display in Canada, an alternative global system was moving ahead in Qingdao, China, with the Shanghai Cooperation Organization (SCO) meeting, based on the “win-win” outlook of China’s New Silk Road policy. And while the destabilized leaders of the increasingly irrelevant G7 were left to whine about President Trump abandoning them — both figuratively and literally — Trump’s extraordinary summit with North Korean leader Kim Jong-un was a reflection of his orientation to Eurasia, as its success is in part due to his collaboration with leaders of China, Russia, South Korea and Japan.

And what do people living in the Transatlantic region know about this new Eurasian dynamic which is shaping the future? Unfortunately, since most of the officials of the “mainstream” political parties of the West continue to act in the interests of the geopolitical doctrine created by the British Empire, and the media spew forth Fake News to back it up, few are aware of the reality of the great global transformation underway.

Each week, Helga Zepp LaRouche, the founder of the Schiller Institute, provides a succinct and dramatic presentation, designed to put her viewers on the stage of history. In these weekly webcasts, she has provided both an overview of events, from the top-down, and a method of analysis, which give her viewers an opportunity to play a part in this transformation. Don’t miss her presentation this week, with your host Harley Schlanger, and make sure to inform as many others as possible, that this is their opportunity to break out from under the bubble of lies and disinformation, so they may catch the New Silk Road Spirit.