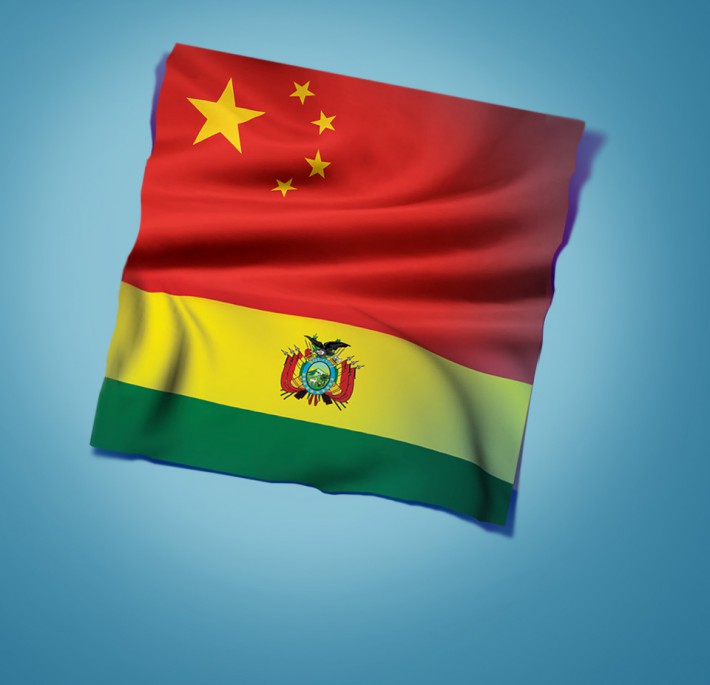 Bolivian President Evo Morales met with Chinese Vice Prime Minister Zhang Gaoli on Sept. 22 in New York City, where both are attending the UN General Assembly. According to Bolivian Development Planning Minister Viviana Caro, Chinese President Xi Jinping had offered $10 billion in financing for Ibero-American development projects at the BRICS summit in Brazil, “and we are going to take up China’s offer” with a request for a $3 billion credit for four projects.

Among the projects Morales presented to Zhang are the industrialization of the giant iron ore deposits in Mutun, in eastern Bolivia — meaning using them to produce steel, as opposed to simply exporting them as raw materials. He also requested Chinese help in building the Puerto Busch-Motacusito railroad, which would also run past the Mutun mine. Mutun is one of the largest iron ore deposits in the world, with an estimated 40 billion tons of iron ore and 10 billion tons of manganese. This is a geographically critical area, and series of projects, for all of South America. 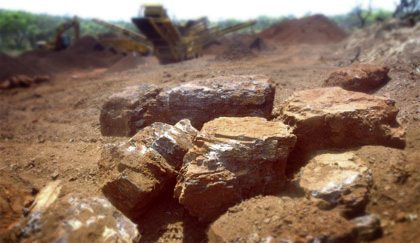 Natural Ore deposits in Bolivia. By utilizing this credit investment from China, Bolivia would be able to advance its own industrial productive capabalities for long term economic development.

The Bolivian government is already building a major inland port at Puerto Busch, which is on the Paraguay River, which will give landlocked Bolivia access to the Atlantic Ocean via Paraguay and Argentina. Just north of Puerto Busch is Puerto Suarez, another Bolivian river port which is only 10 km from the Brazilian border, and is situated by Laguna Caceres, which is connected to the important Paraguay and Parana river waterways by the Tamengo Canal. This is also close to Corumba, Brazil, one of the locations where the great Amazon River system and the Paraguay/Parana/Rio de la Plata river system meet, and could be interconnected with a navigable canal, as has been proposed as far back as Alexander von Humboldt in the 19th century.

The interconnection of South America’s three major river basins — the Orinoco, the Amazon, and the Rio de la Plata — along with high-speed rail corridors traversing South America from the Atlantic to the Pacific, connected into the World Land-Bridge via the Darien Gap, were proposed in detail in the 1988 Schiller Institute book, Ibero-American Integration.