Sabotage under Cover of Fog, By Lt.Col Ralph Bosshard 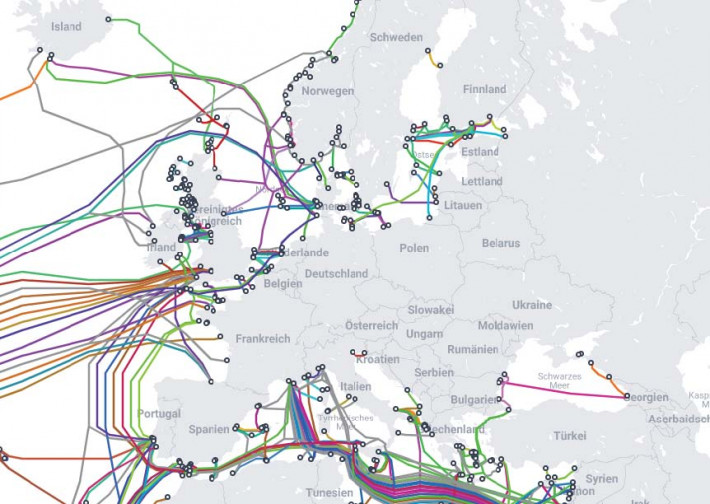 Sabotage under Cover of Fog, By Lt.Col Ralph Bosshard

October 6, 2022by madeleine in General

Ralph Bosshard, a retired Swiss lieutenant colonel, served in the Organization for Security and Cooperation in Europe’s Special Monitoring Mission (OSCE SMM) in 2014, where he was a senior planning officer. His duties took him to Kiev, Mariupol, and Dnepropetrovsk, among other places. Until 2017, he served as a special military advisor to the Swiss Permanent Representative to the OSCE and the Swiss Ambassador in Kyiv. From 2017 to 2020, he served as an operations officer in the OSCE High-Level Planning Group, which planned a military peacekeeping operation in the South Caucasus. He kindly provided EIR with his assessment on the sabotage of the Nord Stream pipelines. In doing so, he points to the physical realities of conducting such an operation, and then points out the resulting, devastating paradox: When NATO countries blame Russia for blowing up the Nord Stream pipelines, they are telling the world that Russia has seabed warfare capabilities far superior to those of NATO! Still he considers that “a Western authorship is much more plausible than a Russian”.

The copyright is held by the author and the full article cannot be published without his permission.

Examination of the feasibility of an act of sabotage of the Nord Stream 1 and 2 natural gas pipelines off Bornholm confirms that a Western authorship is considerably more plausible than Russian. Nevertheless, stories about a Russian false-flag operation continue to circulate in Western media. This does not seem credible. However, if the Russians were in fact responsible for the destruction of Nord Stream 1 and 2, that should give rise to the greatest concern in Western capitals.

It has been bandied about, among other things, that the Russians had already mined the gas pipelines during the construction phase, to be able to then destroy them at any time. Apart from the lack of logic of such an event, there are some technical arguments against it.

A first counterargument is that explosives age chemically. This aging process causes explosives to decompose over the years to such an extent that an explosion is no longer guaranteedi. But the opposite can also occur: stockpiled explosives can explode years later due to the slightest environmental changes. In planning the destruction of underwater pipelines that have a life span of 50 years, this may well be a problem. The Organization for Security and Cooperation in Europe OSCE, in its so-called stockpile management projects, has accumulated much experience with stockpiled ammunition, which can explode at the slightest incident and is accordingly dangerous to handle. In armed forces that are experienced in dealing with permanent blast sites, such as the German Armed Forces, the Austrian Armed Forces and the Swiss Armed Forces, the maintenance of such blast sites was ensured by professional formations, such as the Wallmeister organization or the Fortress Guard Corps. An explosive charge attached to a pipeline already under construction would require regular maintenance, including replacement of the explosive if necessary. This can be complex.

Control and maintenance of pipelines underground is handled by so-called “pigs”ii. These are autonomous devices that travel back and forth inside the pipes and monitor the condition of the pipe with various measuring devices. However, the deployment of a so-called pig several hundred kilometers away from where it was inserted is a technical challenge that should not be underestimated. But if such a maintenance pig inserted an explosive charge in the Nord Stream pipelines from the inside, the damage pattern would reveal that immediately. However, whether a truly independent investigation of the sabotage act will ever take place is very much up in the air.

Another technical challenge involves the detonation of an explosive charge in a place so difficult to access as underwater pipelines, because the detonators (blasting caps) also undergo aging processes, so that they no longer function reliably years after they were produced. An electrical ignition cable several hundred kilometers long would also require regular inspection and maintenance. The idea that a pipeline could be destroyed decades after it was built, from a blast site several hundred kilometers away, by hitting a button so to speak, is naïve.

On the Ground Saboteurs

It would be significantly safer to produce the electricity required to detonate an electric detonator at a safe distance from the blasting site with a blasting machine, for example by means of a hand crank. For this, an electric detonator would have to be put into the explosive at a prepared location beforehand and connected to the blasting machine with a cable. This also requires the physical presence of the saboteurs on site.

The variant of remote detonation by a radio transmitter or a cell phone would, of course, also have to be considered. However, in the cold water at the bottom of the Baltic Sea, the required accumulators and batteries discharge quickly. And electromagnetic waves do not penetrate deep enough into the waters. Submariners are aware of reachability problems of submerged submarines, and even the long waves used for submarine communications do not penetrate to depths of 70m and more. For this variant, a relay would have had to be set up near the scene of the crime before the sabotage operation, to ensure the connection between the trigger and the detonation site.

All these considerations suggest that the acts of sabotage at the two gas pipelines Nord Stream 1 and 2 were carried out on site. Given the distance between the crime scenes, the same group of persons could conceivably be responsible for both acts of sabotage. However, the shortest connection between the two locations crosses a Danish Navy maritime training area. The physical presence of a ship, a submarine or a submarine drone is much easier to ensure from NATO territory than from the Russian Navy bases in Kaliningrad oblast, 300 km away. If, however, the Russian Navy did manage to overcome all these technical and tactical obstacles and to approach the scene of the crime undetected, then carry out extensive preparatory work there, trigger the detonation and depart again undetected, this would be quite an accomplishment, which should set off alarm bells in Western capitals.

Deployment of submarines and submarine drones

All these problems can be avoided if one simply places a large explosive charge weighing a few hundred kilograms on the pipeline from a submarine or a submarine drone. Transporting such a charge undetected through 300 km of NATO-controlled waters, however, is not that easy. If the Russians had succeeded to do that, then virtually every underwater infrastructure of NATO countries would be jeopardized, including the gas pipeline “Baltic Pipe”iii that just opened a few days ago, as well as all underwater communication cables, as well as numerous electricity lines. 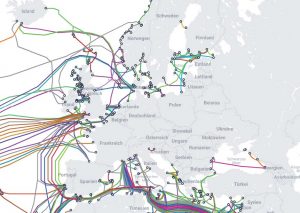 This would also drastically change the image of the allegedly incompetent Russian armed forces, which Western sources have amply spread in recent months, and at the same time cast a negative light on the naval forces of the NATO countries and candidate countries involved. It is possible that Seabed Warfare has now arrived in Europe, and the question arises as to whether we are on the eve of an unprecedented wave of sabotage targeting the undersea infrastructure on Europe’s periphery, that cuts the continent off from gas and telecommunications. If that occurs, in the West’s war against Russia, events on the front lines in eastern Ukraine will suddenly be irrelevant.

Anyone who objectively examines the feasibility of an act of sabotage against the Nord Stream 1 and 2 gas pipelines off Bornholm must come to acknowledge that Western authorship is considerably more plausible than Russian authorship. If, however, the USA, Denmark, Poland and perhaps other NATO allies were responsible, Germany in particular would have to draw the consequences.

One may now ask what the purpose is of the speculation and conspiracy theories circulating in Western media in recent days around the sabotage of the Nord Stream 1 and 2 gas pipelines. The aim may simply be to surround in fog the obvious and most plausible version of a U.S. authorship. In the future, one would do well to consider Western communications with a certain degree of skepticism.

iThe author experienced this himself in destroying unexploded ordnances.

Lt. Col. (ret.) Ralph Bosshard’s first article “Sabotage of the Nord Stream Pipelines: For Once, the Question ‘Cui Bono?’ Is Not Sufficient” appears in EIR magazine.