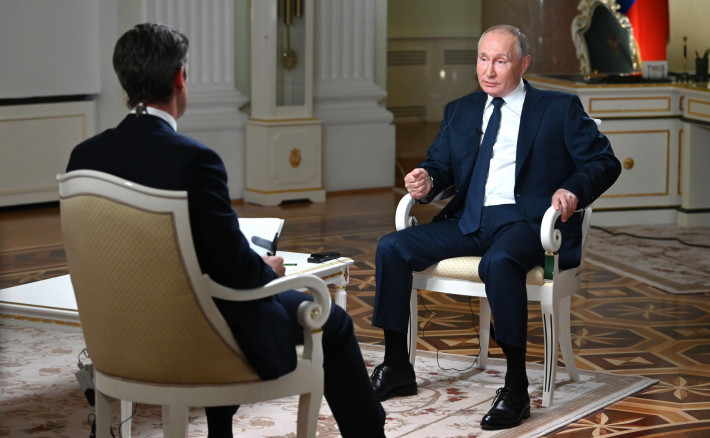 In the course of his lengthy interview with NBC journalist Keir Simmons, aired two days before the Putin-Biden summit, Russian President Vladimir Putin identified for the American people a couple of areas in which both countries could cooperate, and explained how. The interview had some 750,000 views as of the afternoon of the summit.

“We are prepared to work with the US in space. I think recently the head of NASA said that he could not imagine development of space programs without its partnership with Russia. We welcome this statement and we value it…. The cooperation between our two countries in space is a great example of a situation where, despite any kind of problems in political relationships in recent years, it’s an area where we have been able to maintain and preserve the partnership and both parties cherish it,” Putin responded.

Asserting that he knows Rogozin supports expanding the relationship with the US in space, Putin told Simmons “I think you just misunderstood what the head of the Russian space program said.”

“We are interested in continuing to work with the US in this direction, and we will continue to do so if our US partners don’t refuse to do that. It doesn’t mean that we need to work exclusively with the US. We have been working and will continue to work with China, which applies to all kinds of programs, including exploring deep space…. Frankly, I don’t see any contradictions here. I don’t think there is any mutual exclusivity here.”