Songs of Freedom: African American Spirituals and Songs from the New World 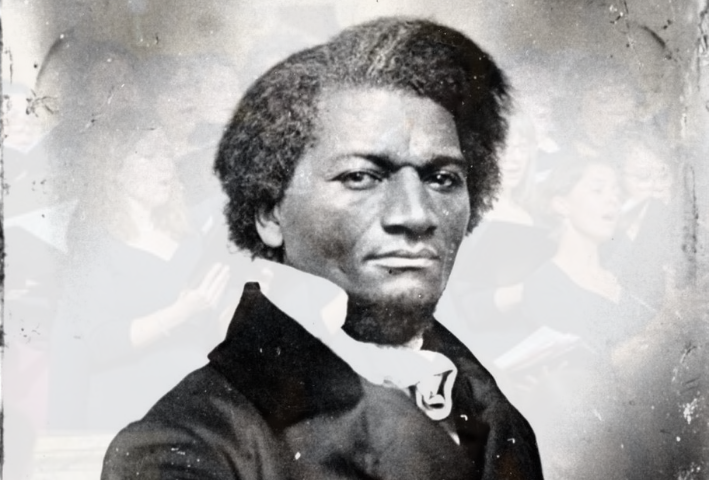 Songs of Freedom: African American Spirituals and Songs from the New World

The Schiller Boston Community Chorus, based in Quincy, MA, joined by guests from New York, Detroit, and San Francisco, just completed a weekend of performances in concerts in Providence, RI and Quincy, MA featuring songs from the New World and classical African American Spirituals. 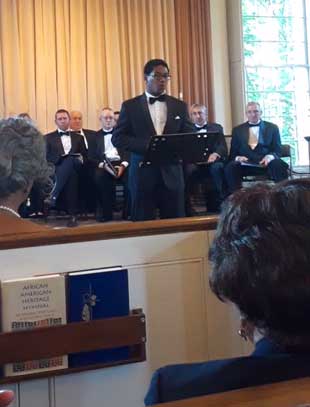 On Friday, June 14, 2019, the SI Boston Community Chorus teamed up with Stages of Freedom, who hosted the event, for an evening of history through music. Stages of Freedom is an organization dedicated to providing young African-Americans access to swimming programs, cultural programming, and to educate inner-city youth by providing access to museums and live performance. Historians and Stages of Freedom founders, Robb Dimmick and Ray Rickman planned this concert at Manning Chapel (Brown University) specifically because of the role the Brown family played as the second largest slave-owner family in Rhode Island’s history.

Mr. Rickman opened the event by challenging the audience to not think of this event as “entertainment, but to improve your soul and spirit.” This, preceded by a stirring rendition of “I’ve been buked” by Hall Johnson, performed by the chorus a capella, set the tone for the entire event.

The concert featured the Schiller Boston Community chorus and soloists singing Spirituals and was carefully and dramatically orchestrated to portray the horrors of the Rhode Island slave trade, through readings taken from The Notorious Triangle by Jay Coughtry.  The unique and necessary participation of the chorus dramatic performances of five Spirituals and a Mozart choral piece and also of soprano, Michelle Erin performance of Hall Johnson’s “Give me Jesus,” baritone, Frank Mathis, “Goin’ Home” and excerpts from Roland Hayes “Life of Christ,” and soprano, Annicia Smith’s moving rendition of “Deep River” was punctuated by the remarks of invited guest, Northeast coordinator of the Schiller Institute, Dennis Speed.  All pieces were skillfully and beautifully accompanied by pianist, My-Hoa Steger.  At the conclusion of the 90-minute concert, the chorus led the audience in singing “Lift every voice and sing,” and led the audience outside the beautiful chapel to a receiving line. 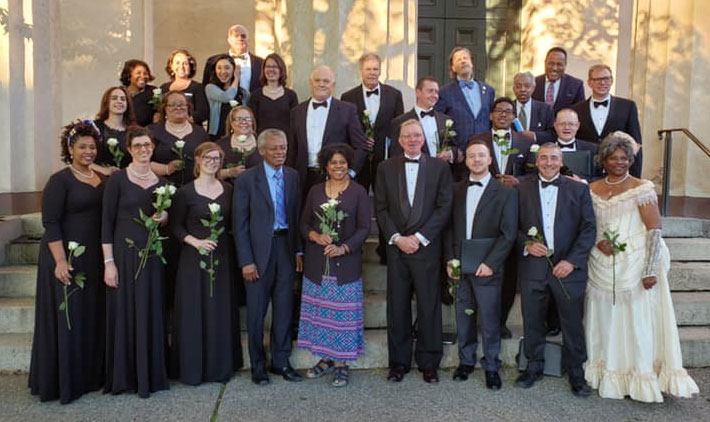 Many in the audience had never heard Spirituals sung in such an honest and dramatic way.  Some people were visibly shocked when Dennis Speed said in his speech, that African-American Spirituals are Classical music.  While this event was intended to shock people and create discomfort in facing the history of slavery, the role of the uplifting and never-enraged Spirituals played the crucial role in carrying out the mission of Friedrich Schiller and the Schiller Institute; it provoked the audience to be better people and to respond in an impassioned way.  There is tremendous potential coming out of this concert, including a professional recording which will be sent out to thousands of people and future collaboration.

Saturday: Songs from the New World

On Saturday, June 15th, the Schiller Boston Chorus hosted a concert entitled “Songs of a New World,” to educate people on the collaboration between Czech composer, Antonín Dvořák and African-American baritone and composer, Harry Burleigh. This history is necessary to understand if Americans are going to make the break from geopolitics and divisiveness of the old paradigm and move into a new paradigm of win-win cooperation between the best of all cultures.  This concert program was well composed with many solo and choral African-American Spirituals, Lieder by Brahms, and some lesser-known but beautiful and well-received songs by, Antonín Dvořák including two Moravian duets, a song in Czech, and the well-loved Songs my Mother Taught Me, sung by soprano, Michelle Fuchs and accompanied by My-Hoa Steger. Also, a very special rendition of the Chinese folk song, “Jasmine Flower (Moli-hua)” sung by Donna Liao, and accompanied by treble voices and piano, brought the beauty of Chinese culture to a largely American audience.  At certain points in the program, quotes by Dvořák, Burleigh, and Frederick Douglass, were read, to help the audience gain further insight into the beginnings of this American Renaissance and also why it was deliberately derailed into Jazz and the Roaring 20s culture, etc.  For more on this history, see The African-American Spiritual and the Resurrection of Classical Art:  Not Force, But Beauty, Will Change America.

There were a few incredible responses from the audience which characterize a more general hunger for beautiful culture that our choruses are finding around the country, particularly right now. This audience, made up entirely of the local community, including family and friends of chorus members, local business owners, and some children, gained their concentration and settled down during the opening piece, the beautiful prayer-like “Laudate Dominum” from Mozart’s Solemn Vespers.

At the conclusion of the concert, there were many responses by audience members and chorus members alike.  Many people could not believe that we are a community chorus and that we do not hold auditions.  This led to many good discussions about the important role of the Verdi tuning and bel canto vocal training to train amateur voices.  One chorus member noticed that during one particular dramatically soft and beautiful choral phrase in a spiritual, many members of the audience simultaneously sat back in their seats and closed their eyes, as if to be relieved by the music. Many expressed how important it is to have this beauty here in this community and how every single arrangement was beautiful.

Another important note was the affect of the historical excerpts and quotes, as a few members of the audience wanted to discuss the role of slavery in the United States and more of the history of Burleigh and Dvorak.  Following the concert, there was a wonderful food reception attended by audience and performers alike.

This full weekend of two beautiful concerts reinforced our firm commitment to bringing high-level culture to all peoples and that if we can avoid the dangers of war, the United States can be ready to join the new paradigm.