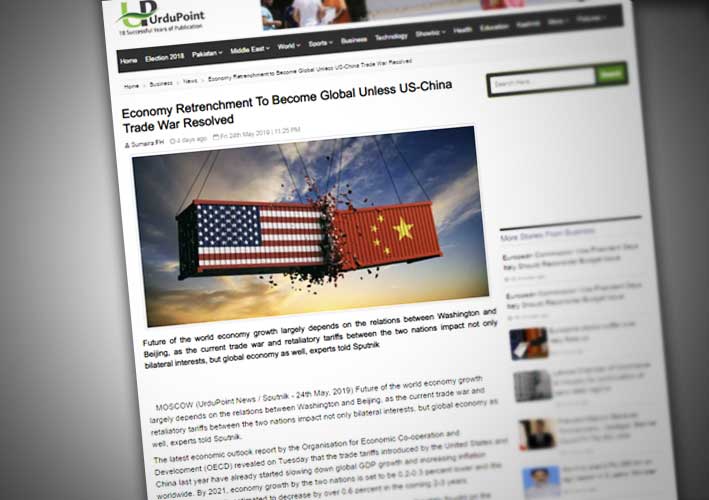 Under the title: “U.S.-China Ties Key to World Economy Growth,” UrduPoint in Pakistan on May 24 covered Helga Zepp-LaRouche’s interview with Sputnik. The interview was also covered in a Pakistani community newspaper, the Jago Times based in northwest Texas, May 25th.

“The state of relations between Washington and Beijing will determine the path of the global economic output in the next decade,” Helga Zepp-LaRouche, the leader of the German Bürgerrechtsbewegung Solidarität, or Civil Rights Movement Solidarity party, told Sputnik. “The key to the future of the world economy is the relation between the U.S. and China, which already has more than 300 million middle class consumers, a number that will double in a decade,” Zepp-LaRouche said.

The upward trend of Chinese imports presents a chance for the United States to reduce trade deficit between the two nations.

“China will import $40 trillion worth of imports in the next few years. All of this will offer excellent opportunities for the U.S. to reduce the trade deficit with China by exporting into that growing market and will very likely be subject of a deal between Trump and Xi Jinping,” the politician added.