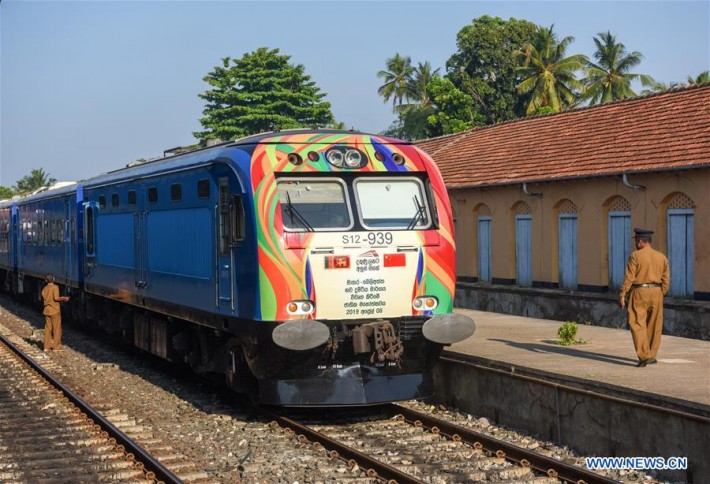 Sri Lanka, which has been used by the China-bashing mob as the primary example of China’s evil “debt trap” diplomacy, doesn’t seem to have gotten the message. Instead, they continue to look to China as a leading source of funds and technical support to develop their country.

The Sri Lankan government on April 8 opened a new railroad connecting two southern cities, Matara and Beliatta, financed by the Export-Import Bank of China and constructed by China Railway Group 5 (CR5) and Sri Lanka’s Central Engineering Consultancy Bureau (CECB). The 26.75-km long railway was proudly declared open for the public by Transport and Civil Aviation Minister Arjuna Ranatunga in the presence of Finance Minister Mangala Samaraweera and other parliamentarians.

This is the first railroad to be built in Sri Lanka since 1948, the year of their independence from the British! It includes the longest and second longest railway bridges of 1.5 km and 1.04 km, respectively, and the longest railway tunnel and the most modern railway station buildings in the country.

Debt trap? In spite of all the talk about Sri Lanka’s Chinese “debt trap” in the Western media, which EIR showed was a complete hoax (see: Why China’s ‘Debtbook Diplomacy’ is a Hoax), Sri Lanka and China continue to cooperate around new infrastructure projects, like this railway. How could a poor country, burdened with IMF and World Bank debt, come out of this trap and end its poverty without modern infrastructure (transport, power, water management, education and healthcare)? This should be self-evident for any American, German, Swede or Frenchman who knows anything about their country’s history. Forward with the Belt and Road!