Lift Every Voice: Towards a Renaissance of Classical Culture 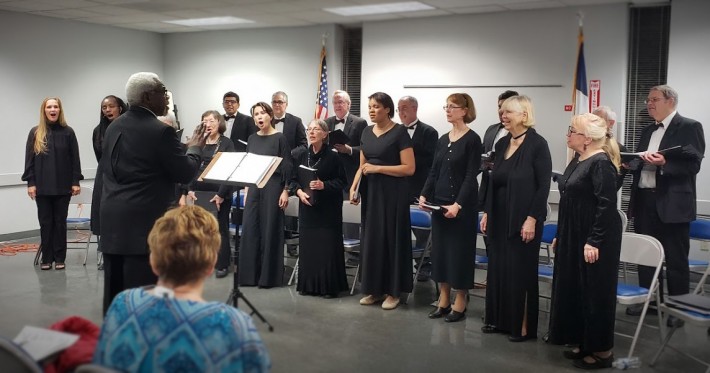 Lift Every Voice: Towards a Renaissance of Classical Culture

On Friday, January 25, the Schiller Institute Houston Community Chorus invited members of the community to celebrate the life of Dr. Martin Luther King Jr. at an event in southwest Houston.

Texas Schiller Institute spokesman Brian Lantz opened the event highlighting the shifts occurring globally towards greater cooperation, and that Dr. King knew the only way to create a durable peace was through the reconciliation of differences and non-violent cooperation, even if some attempt to stifle it. He described how King saw cooperation through the idea of agapic, unconditional love for humanity, as expressed in the first Corinthians. Dr. King was an avid lover of classical music and opera, as was his wife, Coretta Scott King, a trained pianist and classical singer. 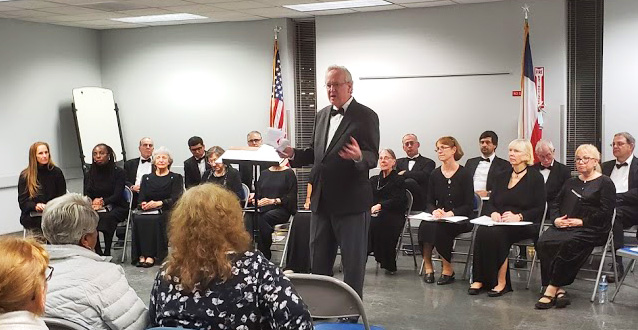 The chorus opened the concert with a four part polyphony of the anthem “Lift Every Voice and Sing”, followed by a collage of short audio speeches by Dr. King. The program continued with four selections from the Mozart Vespers, Mozart’s “Ave Verum Corpus”, a traditional Chinese folk song, “Jasmine flower” (Mo Li Hua), and a number of spiritual selections, one of which was led by tenor Brian Lantz.  Among the highlights of the evening were the solo spiritual performances of  “Go Down Moses” sung by Maestro Dorceal Duckens, and “Swing Low Sweet Chariot” sung by Kesha Rogers. 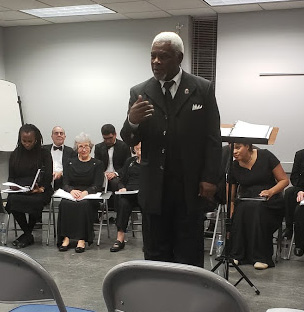 The audience was truly transformed by the power of the music and the selection of clips from Dr. King intertwined. At the end of the event the audience was asked to stand and cross arms and join in in singing “We Shall Overcome.” 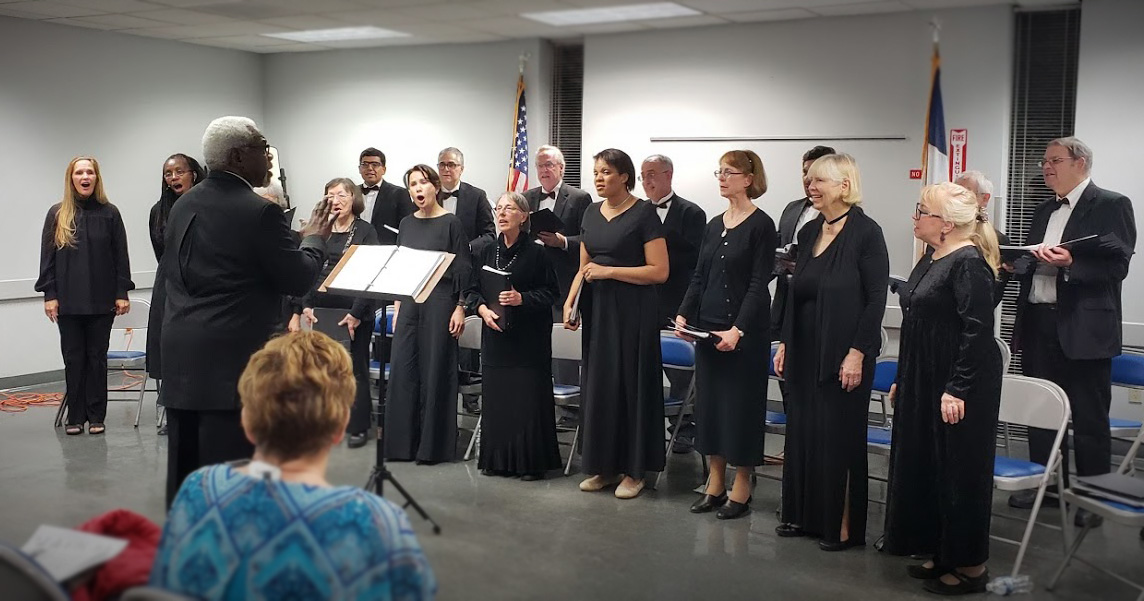 Newer members to the chorus expressed how happy they were to sing with the chorus.  Everyone was overjoyed by the experience and you had a sense that the concert had a transforming quality on everyone. It was not just entertainment, and no one left the room as the same person they were when they entered.