Songs of the New Silk Road Concert in Quincy, Massachusetts 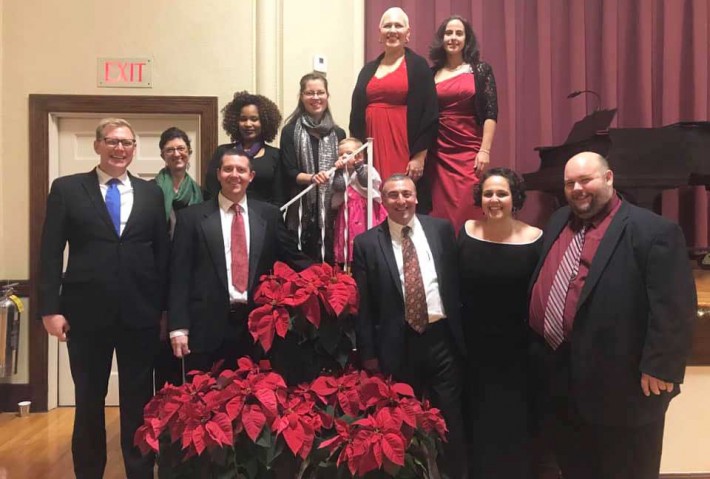 Songs of the New Silk Road Concert in Quincy, Massachusetts

On Sunday, December 9th, 2018, the Schiller Boston Community Chorus hosted a classical music concert at Christ Church in Quincy, MA, which featured music from Russia, China, the United States, Europe and more.  The intention of this concert was to bring together the cultures that are involved in, or should be involved in, the Belt and Road Initiative, and to demonstrate the universality of beauty and the principle of Classical composition. 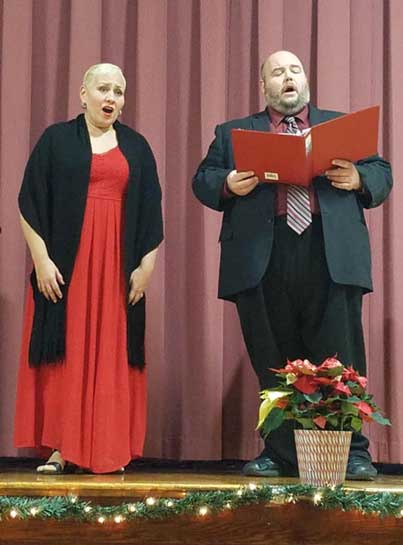 The musical program was a beautiful mix of pieces and was introduced by Director of the Boston Schiller Community Chorus, Jen Pearl, who spoke of the urgent need for a Classical Renaissance, challenging people to think big, referencing the Chang e-4 launch (China’s latest mission to land a rover on the far side of the Moon).

Among the 65 or so attendees were old friends, new friends just met at various Tree Lighting ceremonies and Christmas markets, members and leaders of the church congregations and networks with whom we have collaborated in various Chinese organizations, who expressed interest in our work on the New Silk Road and their strong wish for Americans to get on board with this optimistic and future oriented perspective. One attendee, upon realizing that some of the chorus member’s young children were able to sit through the entire concert and enjoy it, offered to bring their grandchildren to the next concert. 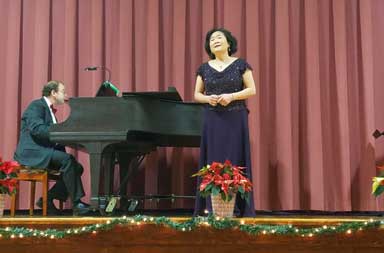 The mother of one of our members said our concert was much better and more high quality than a recent professional group she saw perform Faure’s Requiem (which she hated).  One very new chorus member brought five family members. The Chinese Jinghu player expressed disbelieve in how in-tune our chorus was, and how difficult it is for the opera group he performs with to stay in tune.  One woman in the audience said “you all are a real asset to this community.”  A Chinese father, who generally supports Xi Jinping, but also has been a bit skeptical, brought his young daughter to the concert and was moved by how passionately some of our chorus members conveyed the ideas of the music. He has been at a few events, read up on the Schiller Institute, and after the concert expressed renewed optimism saying the Belt and Road Initiative is having a very positive effect on the world. 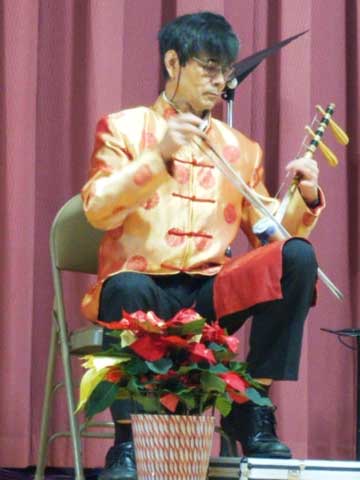 A number of people were curious about the New Silk Road and one woman collected extra concert programs to send to her son in South Carolina, who’s a minister.  A group of three old friends who worked with the LaRouche movement in the 1990s and resurfaced for this event, expressed what many in the audience and chorus was sensing, that in these difficult times events like these are essential to uplift the minds and spirits of our people.

The reverberations are still coming in from this concert.   Our chorus here is committed to grow and spread the rays of great classical ideas throughout our community. The potential for growth is massive, as there is a real hunger for profundity out there and a desire to connect our very diverse population, with a large Asian component, through that creative potential which is universally human.