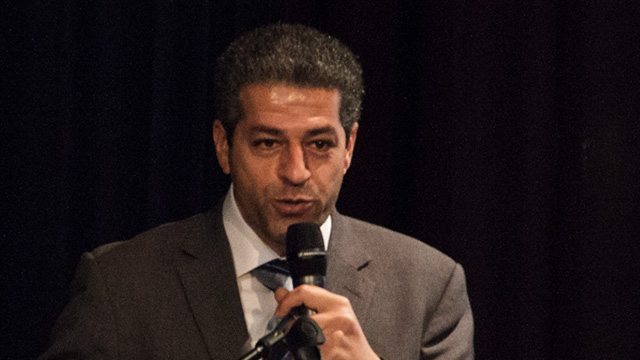 Hussein Askary, in his speech, first outlined the past 24 year&#39; efforts of the Schiller Institute to promote the global connectivity now associated with the New Silk Road and the Eurasian-African Land-Bridge. He expressed his and the Schiller Institute’s gratitude to President Xi Jinping for launching the BRI in 2013, which has “already changed the world, ushering in a new set of international relations based on economic cooperation and mutual development, which will have great implications for food security in the world.” That would not have been possible, Askary stressed, “without China’s amazing industrialization process of the past three decades.”

He went on to review the immense positive changes in the living conditions of the Chinese people, including the increase in food production and consumption, with a more diversified diet for the people. However, this new diet, with greater emphasis on proteins, is a more capital-intensive process. “You can expect that this process will be replicated in every country and part of the world that the BRI reaches, with the increase in living conditions and, consequently, in food consumption.” Askary reviewed the UN-produced “Hunger Map of the World” showing that 800 million people lack adequate food today. However, the most hungry nations, especially in Africa and West Asia, are now joining the BRI to alleviate this terrible situation, and &quot;we have to imagine how much land and technology will be required to achieve this goal&quot;. With the world population poised to double by 2050, only such massive initiatives as the BRI can address this challenge, Askary concluded. The conference, including Askary’s speech received wide coverage in Chinese media, including postings of Askary’s speech in full on several websites. According to China Daily, the “Belt and Road” Food Industry International Summit is a world-class food industry conference with the participation of the food industry and the food industry related trade associations, industry associations, well-known enterprises and social organizations.” (The official website of the conference, that of The Belt and Road Global Chambers of Commerce and Associations, is http://www.msdnba.com/topics?id=15.html)