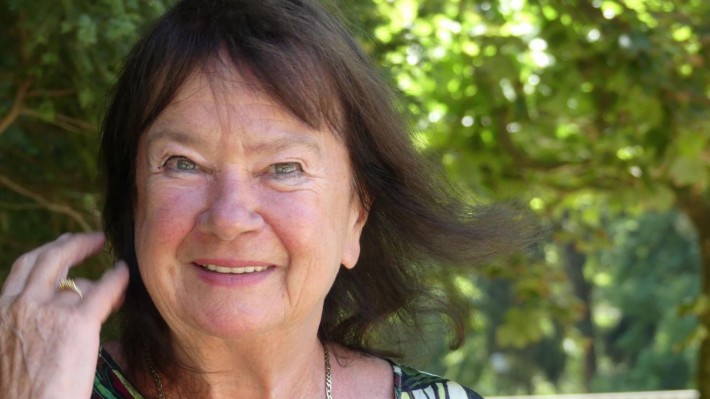 The first wire is headlined “American expert suspects Britain of interfering in the US elections:”

“MOSCOW, October 24 – RIA News. British intelligence agencies may have interfered in the US elections in 2016, said Helga Zepp-LaRouche, founder of the US-based Schiller Institute, a research NGO.

“According to her, employees of the team of then-President Barack Obama and of British MI6 could have interfered in the US presidential election.

“’The reason is that (Donald) Trump during the 2016 election campaign promised to improve relations with Russia. But the British did not want this, because they saw a threat to their position, in that they would not be able to manipulate the situation if the United States and Russia joined forces. The Skripal case and the Syrian chemical dossier emerged in this connection,’ she told reporters.

“According to Zepp-LaRouche, if the intervention of the British in the elections is proven, this scandal will be the biggest in US history.

“This scandal will be bigger than Watergate, the greatest in US history. The midterm elections will show this,” she said.

“An investigation of alleged Russian interference in the US elections, as well as Trump’s supposed ties with the Russian Federation, which are denied by the White House and the Kremlin, is being conducted by independent special prosecutor Robert Mueller, as well as in both houses of the US Congress. A spokesman for the Russian president, Dmitry Peskov, called the accusations of interfering in the elections ‘absolutely unfounded.’”

The Helga Zepp-LaRouche’s charges against British intelligence created such a stir in Russia, that journalist Vladimir Solovyov brought it up during his popular evening talk show, citing at length the above-mentioned RIA Novosti quotes on the British role. His guest, American neoconservative Ariel Cohen of the Atlantic Council, quickly offered an explanation, in which he attempted to dismiss Lyndon LaRouche and his Helga Zepp-LaRouche as unreliable “conspiracy theorists.” Cohen’s intervention, in turn, was forcefully countered by Natalia Vitrenko, the chairwoman of the Progressive Socialist Party of Ukraine, in a video rebuttal she released.

The second wire ran under the headline “Trump could improve relations with Russia, expert believes:”

“MOSCOW, October 24 – RIA Novosti. Helga Zepp-LaRouche, founder of the Schiller Institute, a non-governmental organization in the United States, believes that, thanks to a meeting with Russian leader Vladimir Putin in Paris and the G-20 summit in Argentina, U.S. President Donald Trump could improve relations with Moscow….

“’In the near future there will be a meeting between President Putin and President Trump in November in Paris, followed by the G20 summit in Argentina. If President Trump can, shall we say, ‘free himself’ from the conspiracy taking shape around him, then he will be able to return to those election promises he made in 2016 (on the development of relations with the Russian Federation – ed.),’ she told reporters.

“According to her, if Trump does this and thereby improves relations with Russia, and also tries to improve relations with China, then this ‘will bear fruit, and we can talk about the beginning of a new era, there will be a cardinal jump’ in the global conjuncture.

“As Speaker of the Federation Council Valentina Matvienko noted earlier, Russia has a positive assessment of the prospects for the upcoming November 11 talks in Paris between Russian and US leaders Vladimir Putin and Donald Trump, and expects new prospects for Russian-American cooperation to be outlined there.”