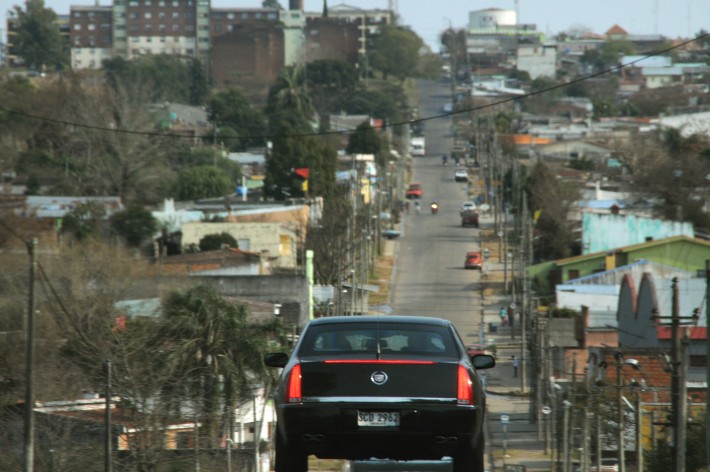 Aug. 20, 2018  — Meeting in Beijing yesterday with China’s Foreign Minister and State Councillor Wang Yi, Uruguayan Foreign Minister Rodolfo Nin Novoa signed a Memorandum of Understanding (MOU) by which his government formally joined the Belt and Road Initiative. China is Uruguay’s most important trading partner, purchasing 27% of that country’s exports. In addition to Wang Yi, Nin also met with the head of the National Reform and Development Commission, He Lifeng, among other dignitaries.

The meeting with Wang Yi also served to commemorate the 30th anniversary of diplomatic relations between the two nations, as well as to officially launch “Uruguay Week in China.” During his Aug. 19-28 stay, Nin will lead a large delegation of businessmen to the cities of Chongqing and Guangzhou, and will return in November to head up the Uruguayan delegation to the Shanghai International Import Fair.

Uruguay and China have enjoyed a comprehensive strategic association for the past few years, but Uruguay wants to deepen that relationship, increasing cooperation in several other areas in addition to trade, while offering attractive conditions for Chinese investors, particularly in the area of infrastructure. He identified as key investment projects Uruguay’s Central Railroad, a new fishing port, and rural electrification in the country’s north.

“We believe that all the conditions Uruguay offers make China’s presence, permanence, and closer ties with our country very attractive,” Nin told EFE news service. “In Uruguay, there is an absolutely consensual policy on the role that China plays and the relationship we should have with it.”  According to Xinhua, he also stressed that Uruguay is the first member of the four-nation Common Market of the South (Mercosur) to join the Belt and Road Initiative, but expressed the hope that his country can serve as an “entry point” for China into the region, and help promote closer ties between China and Mercosur, and with other Ibero-American countries as well.