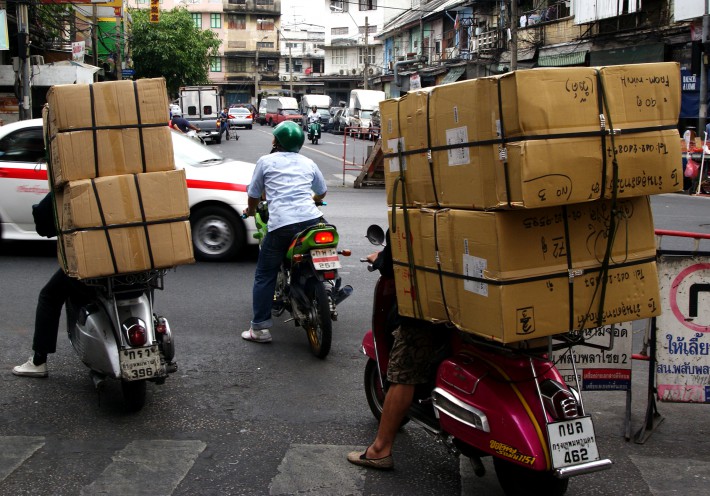 July 22 – The Tokyo daily {Asahi Shimbun} reported July 20, “Japan, China Set To Work Out Joint Development Projects.” The paper reported that a committee Japan and China created in May to coordinate their investments along the Belt and Road Initiative launched by China in 2013, will hold its first meeting in Beijing in September. The meeting “will discuss economic cooperation projects in third countries related to China’s One Belt, One Road Initiative,” {Asahi Shimbun} said.

And its sources in Japan indicated that railroad construction in Thailand is the leading first candidate project to be tackled jointly by Japanese and Chinese companies, with credit aid from both governments.

As {EIR} has reported, high-speed rail lines both north-south within Thailand and east-west connecting it to other Southeast Asian nations, have already been projected with Chinese aid.
The committee is expected to be headed by Hiroto Izumi, a special advisor to Prime Minister Shinzo Abe, on the Japanese side, and Ning Jizhe, vice chairman of the pre-eminent National Development and Reform Commission, on the Chinese side, according to the paper. It said the two countries “are aiming to decide on joint projects through the committee and announce them in conjunction with the Japan-China summit to be held later this year when Prime Minister Shinzo Abe visits the country, sources said.”