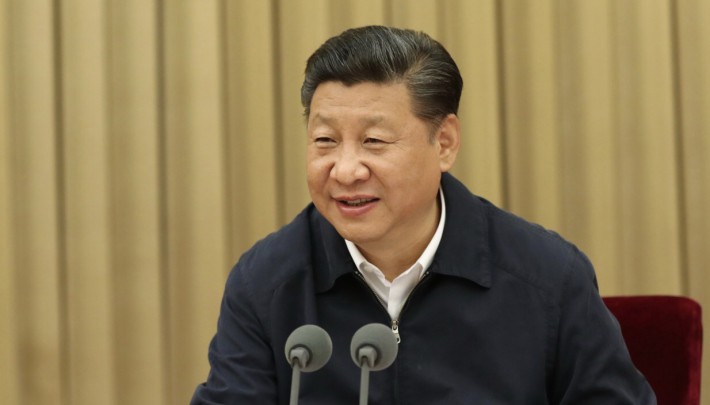 “People in the West are so behind the curve,” Helga Zepp-LaRouche commented today, taking note of the extraordinary conclusion of the 19th National Congress of the Communist Party of China. By and large, the governments in the West seem intent on sinking with the Titanic of the trans-Atlantic financial system. And the populations generally remain woefully ignorant of what is actually happening in China, and the Grand Design to use the Belt and Road Initiative to help build a “beautiful world” for all—an ignorance which Zepp-LaRouche’s weekly webcasts on the “Spirit of the New Silk Road” are designed to help remedy.

“We, more than 1.3 billion Chinese people, live in jubilation and dignity,” Chinese President Xi Jinping reported in his brief, concluding remarks to the CPC Congress. As significant as the achievements of the past have been—such as raising 700 million people out of poverty—Xi focused on the tasks of the future, stating that China “embraces brilliant propsects,” and will “stride forward to an ever promising future.” He soberly added that “we also feel the heavy weight of responsibility upon us.”

“People in the West are so behind the curve”

The CPC Congress issued a final Resolution which located China’s mission in the global context, announcing their commitment to “preserving world peace and promoting common development.” The keystone of this mission is to “actively promote international cooperation through the Belt and Road Initiative,” and to use the win-win approach championed by President Xi to “work together with the people of all countries to build an open, inclusive, clean, and beautiful world that enjoys lasting peace, universal security, and common prosperity.”

Whether or not that “beautiful world” will be built, depends in large measure on the upcoming Asian trip of President Trump, and most especially on his Nov. 8 meeting with Xi Jinping. If Trump accepts Xi’s repeated offers to join the Belt and Road Initiative, a dramatic strategic sea-change will be underway. If, however, Trump remains largely tied down by British slanders and threats against him—such as the tidal wave of Russiagate and anti-China propaganda spewing from the British Empire and their assets—then the entire world may well sink with the bankrupt Old Paradigm.

Just as the CPC Congress’s concluding press conference was about to occur yesterday, China Global Television Network turned to EIR Washington Bureau Chief Bill Jones for a live interview on his views on the Congress, and on Trump’s upcoming meeting with Xi. Jones’s response was to the point: the Belt and Road Initiative “could be the glue that really could cement the relationship” between the two countries; if Trump and Xi reach such an agreement, “the whole world will move toward a new era of development.”