Open Letter from Lynn Yen to Classical Artists in the Whole World! 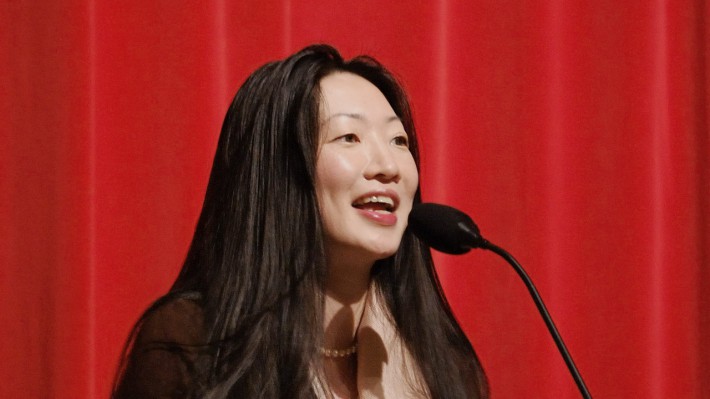 Open Letter from Lynn Yen to Classical Artists in the Whole World!

Friedrich Schiller once wrote: “it is through Beauty, that one proceeds to Freedom” He speaks not of mere physical beauty, but the deeper beauty of the mind, a mind rendered more beautiful through its ability to both perceive itself, and to articulate its inner, most noble aspirations.  This is the gift and the right that we must give to young people all around the world, who are the future of humanity. We owe this to both them, and the poets, of all forms of Art and Science that gave us Classical culture, not as a set of rules, but rather of principles of thought, leading humanity to a better, more productive, happier life.

This May 13, 2012, at the Stern Auditorium of Carnegie Hall, a concert was performed by master pianist Tian Jiang.  Over 1700 students, parents and teachers from over 80 public schools in the New York City area, most of whom have never been inside of Carnegie Hall, and many who have never heard Classical music, participated in the joy that the mind experiences when the beauty of human emotion and human intellect become one.  In a program of Bach, Mozart, Beethoven, Brahms and Chopin, spanning almost two centuries in composition, and almost two and a half hours in performance, there were riveted silence, prolonged applause, and standing ovations from a crowd who the popular opinion of today deems “unable to comprehend or become interested in classical music”.  Even two and three-year -old toddlers in the audience listened quietly in attention throughout the entire performance of Mozart’s Fantasy in C minor, Beethoven’s “Appassionata”, and Brahms “Handel Variations”.

In the aftermath of this concert, we received numerous letters from teachers, parents and students, asking for more of such opportunities for this sustenance for the mind and soul. We therefore considered: why not make true Dr. Martin Luther King’s desire and intent, as expressed in his Nobel Prize acceptance speech: “I have the audacity to believe that peoples everywhere can have three meals a day for their bodies, education and culture for their minds, and dignity, equality and freedom for their spirits.”

The Foundation for the Revival of Classical Culture is issuing a call to all Classical and Classically trained musicians around the world, to donate time and to participate together with us, in the performance and teaching of great Classical composition in the strictest of Platonic aesthetics, in the best of Schillerian sentiments, to the youth of the world.  Let us, in all major cities of America and beyond, revive the practice of Classical Culture, for the betterment of mankind and for the love we bear our children and all children.