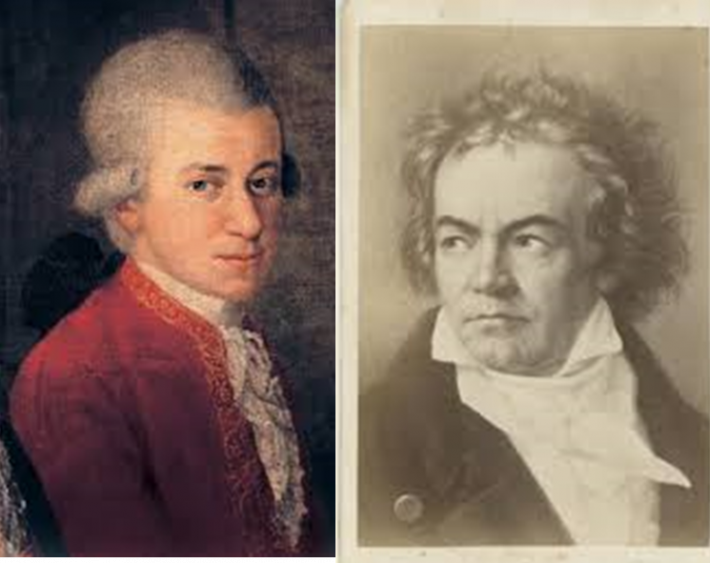 Notes by Margaret Scialdone. Mozart’s opera Don Giovanni, the story of a dissolute lecher who is finally dragged to Hell, provided a rich source of material for Beethoven. In the opening scene, Don Giovanni kills the Commendatore, who has rushed to avenge the rape of his daughter, Donna Anna. The dying Commendatore, Don Giovanni, and his servant Leporello sing a trio which closes with the famous theme from Beethoven’s “Moonlight” sonata at the moment of the Commendatore’s death.

Below we have three demonstrations: first, a five-minute video by Daniel Barenboim in which he demonstrates the connection; second, the relevant portion of the opera (from a 1954 performance conducted by Wilhelm Furtwängler); and third,  the first movement of the Moonlight Sonata (Opus 14 number 2) played by Claudio Arrau.