Beautiful Souls: Friends and Associates of the Schiller Institute 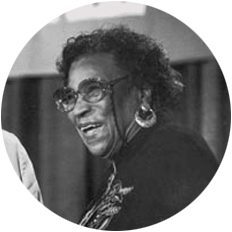 Mrs. Amelia Platts Boynton Robinson was a former Vice Chairwoman of the International Schiller Institute. She was an author, playwright, speaker and organizer, although she was most well known as a veteran of the original American Civil Rights Movement. 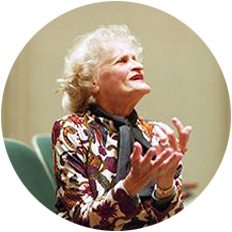 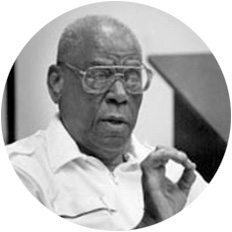 Baritone; One of the world’s leading experts on Spirituals and lieder, and the past president of the National Association of Negro Musicians (1985-1990) 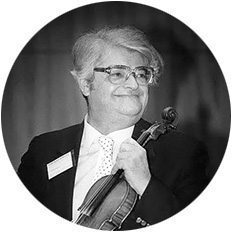 The Schiller Institute has been laying a foundation for …

Amelia Robinson was born in 1911 in Georgia, in a family of 10 children. Her father was a building contractor. She traces her history on both sides back to a mixture of African slaves, Cherokee Indians, and German and other European nobility.

The account of the life of this remarkable woman is given in the“Bridge Across Jordan,” published by the Schiller Institute in July1991. “Bridge Across Jordan” is the account of Mrs. Robinson’s life-long struggle for civil rights and human rights for citizens of all colors.Amelia Boynton Robinson is perhaps best known as the woman at the front of the march who was gassed, beaten, and left for dead on Edmund Pettus Bridge, during the “Bloody Sunday” march on March 7, 1965 to Montgomery, Alabama, which quickly led to the mushrooming of the civil rights movement into an international mass movement.

But Amelia Robinson’s efforts for justice and civil rights began long before 1965. From the1930s, she and her husband, S.W. Boynton, fought for voting rights and property ownership for African-Americans in the poorest rural areas of Alabama, where she worked as Home Demonstration Agent for the U.S. Department of Agriculture, and he as County Agent. Bill Boynton gave his life for this cause, dying young of a heart attack induced by the years of hard labor and harassment his work brought on.

During the 1960s, Mrs. Robinson’s home and office became the center of Selma’s civil rights battles, used by Dr. King and his lieutenants, by Congressmen and attorneys from around the nation, to plan the demonstrations that would lead eventually to the Voting Rights Act of 1965. In 1964, she was the first female African-American ever to seek a seat in Congress from Alabama, and the first woman, white or black, to run on the Democratic ticket in the state.

Amelia Robinson was a leading member and Vice Chairman of the Schiller Institute, founded by Lyndon LaRouche and Helga Zepp-LaRouche in 1984. Mrs. Robinson considered the Institute to be “following in the footsteps of Martin Luther King.”

In April-May of 1990, Mrs. Robinson spent five weeks touring East and West Germany for the Schiller Institute, where she addressed thousands of German citizens about the Lessons of the Martin Luther King movement for Germany today.

Today, Mrs. Robinson is remembered as a vibrant leader, one who toured America and the world, speaking for the Schiller Institute on behalf of the principles of civil rights and human rights whose cause she championed for more than half a century.

When you wake up in the morning, get the opera score, and look at it, and read it. Don’t make a sound! Max Rudolph said: Beethoven and Verdi never wrote a line of poetry or prose in their lives, but on their deathbeds both of them said, ‘Pay attention to the words.’ Know what you’re talking about, much less singing.

Sylvia Olden Lee firmly believed that the great practitioners of the Classical repertoire of the future were going to come from the garage stations, convenience stores, bowling alleys and street corners of the United States. Great music could not merely be occasionally passively experienced, but must be actively lived. In that way, the mind is inspired to assist the soul in the highest of human aspirations, no matter in what field.

Her mastery of the operatic repertoire was so complete that she virtually never referred to scores, and could transpose at will even the most complex of arias. Her self-assigned life mission, which brought her into an eleven-year collaboration with the Schiller Institute, starting in 1993, was called “Project SYLVIA – Saving Young Lyric Voices In Advance.” The project was dedicated to her mother, a world-class singer and pianist, after whom Sylvia was named. (Her father was also a musician, singing in the renowned Fisk Quartet, which also included the extraordinary tenor Roland Hayes.)

Sylvia was uncompromisingly proud of her African-American heritage, and the fact that her grandfather, who was born in 1845, after escaping from a Kentucky slave plantation had served in the Civil War, first as a water boy and then as a combatant. Sylvia’s mother was given the opportunity to sing at New York City’s Metropolitan Opera, but only if she agreed to “pass for white,” which she refused to do. It was not until 1946, merely 70 years ago, that Camilla Williams would become the first African-American to sign with a major American opera company, despite the fact that composer Antonin Dvorak, who lived in New York City from 1892 until 1895, performed at that time with African-American singers and instrumentalists as soloists (soprano Sissieretta Jones et al.) at locations such at Madison Square Garden, demonstrably in opposition to the racist policy of the Metropolitan Opera.

Sylvia, in a “willed historical irony,” would become the first African-American to be contracted by the Met, as a vocal coach, in 1954. It would be through Sylvia that the great Marian Anderson would “break the Met color bar” in 1955, an event in the field of music as important as Jackie Robinson’s “breaking the color bar” in sports in October 1945.

What Lyndon LaRouche refers to as ‘thorough-composition’ means that, before you sing the first note, you have the whole piece in your mind. You know where it is going. In that way, there is a direction for each phrase, each is shaped by knowing where you are going with the whole piece. That is how I prepare myself to sing.

I’ve had youngsters come to me, who were singing Gospel with the Black choir. Once I get them to sing in the Classical medium, I say, ‘If you’re going to have this feeling in Gospel, why can’t you have it in Bach?’ And they realize, ‘There’s something to that!’

Beethoven really took the concept ‘As free, as it is rigorous’ earnestly. This is his first commandment. Bach also wrote in four voices; but, with him, the voices are not individual. With Beethoven, every voice is different, although distinctly stamped by the Motivführung. This is his great achievement.

Beethoven really took the concept, ‘As free, as it is rigorous,’ earnestly. This is his first commandment. Bach also wrote in four voices; but, with him, the voices are not individual. With Beethoven, every voice is different, although distinctly stamped by the Motivführung. This is his great achievement.

Beethoven really took the concept, ‘As free, as it is rigorous,’ earnestly. This is his first commandment. Bach also wrote in four voices; but, with him, the voices are not individual. With Beethoven, every voice is different, although distinctly stamped by the Motivführung. This is his great achievement.

‘We aimed solely at truth’ (Interview with Norbert Brainin in 1996)